aged 87, of Grand Rapids, died Sunday, August 5, 1990 at Butterworth Hospital and passed into the presence of his Lord and Saviour. He was preceded in death by his daughter, Cheryl, and by one grandson, Ronnie in 1975. Surviving are his wife of 56 years, Mabel Twiest: their children, Bruce and Pat Twiest of Sparta, David and Carolyn Twiest of Clearbrook, British Columbia, Brian and Retta Twiest of Grand Rapids, Terry and Laurie Grear of Denver, CO, Serge and Vickie Bagdasarianz of Zurich, Switzerland; 17 grandchildren; 16 great-grandchildren.
Mr. Twiest worked as Chief Engineer for Wolverine Brass until his retirement in 1969. He was a member of Berean Baptist Church for 36 years and active with The Gideons. He was a member of the Michigan Association of Professional Engineers and the Grand Rapids Chapter of Engineers.
Funeral services will be held 11am Thursday at the Reyers North Valley Chapel, 2815 Fuller Ave. NE, with his pastor, the Rev. Dale E. Fisher officiating. Interment in Washington Park Memorial Gardens. 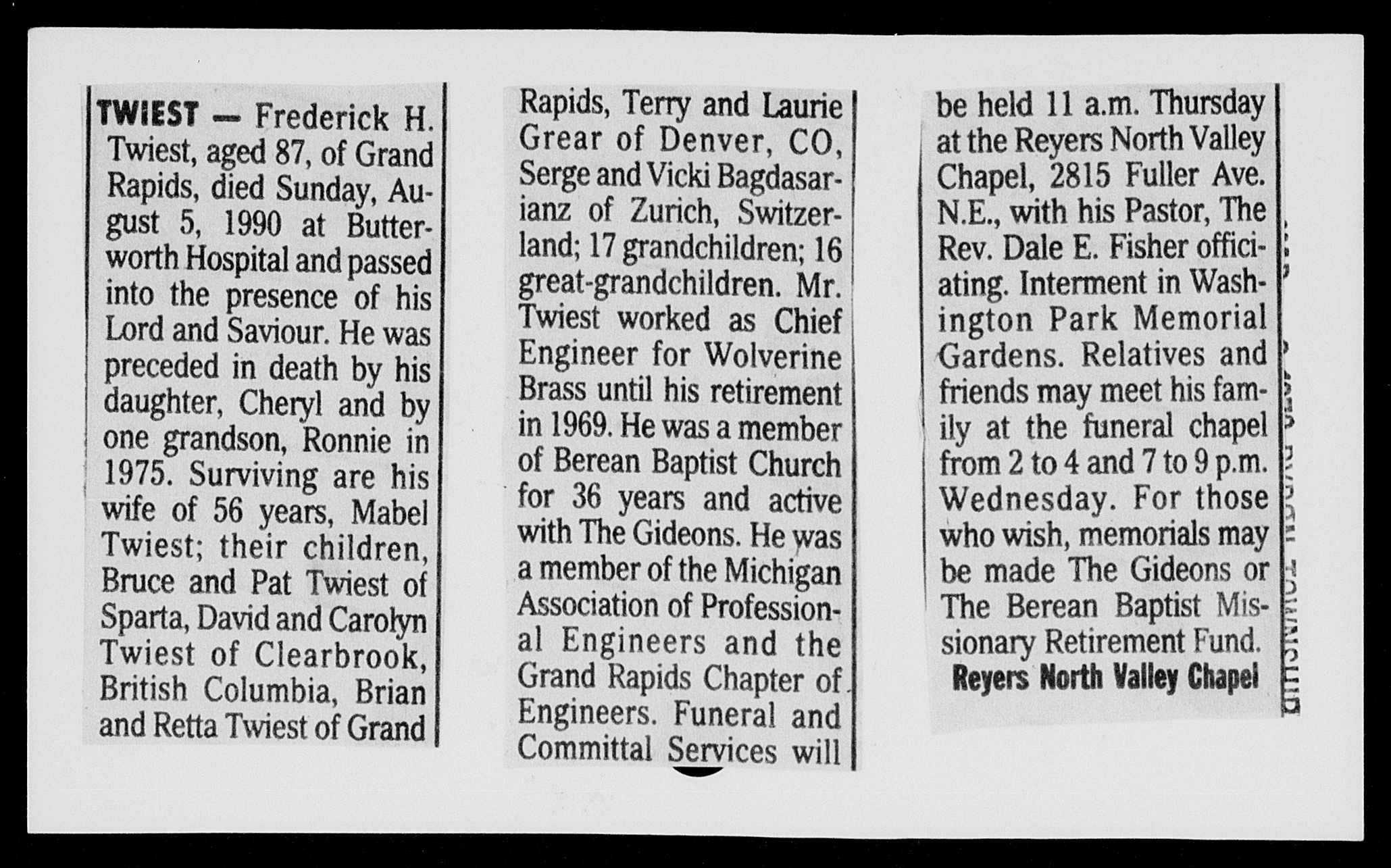