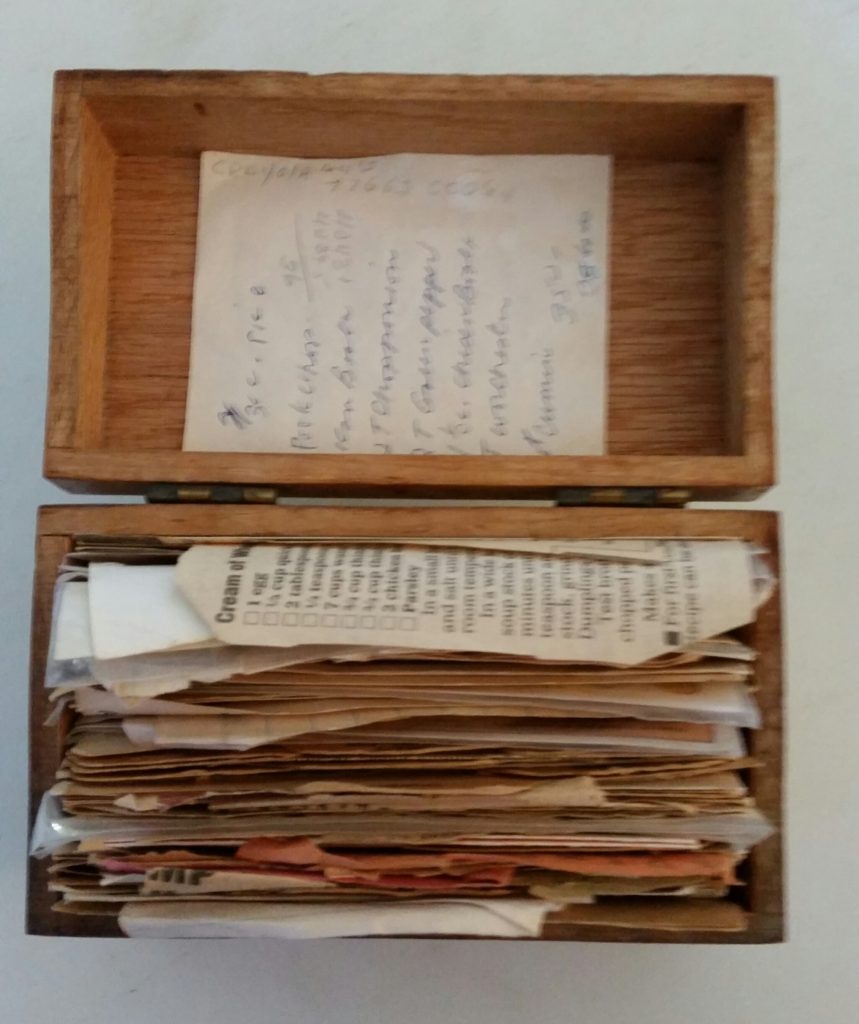 My mom was a coupon clipper and recipe saver. Some of these recipes are old family favorites. Some are neighbors’ or other friends’ contributions, while some are simply favorites copied from a cookbook.

Mom knew her way around a kitchen and didn’t necessarily write full instructions down. After all, she knew how to make it and the recipes were for her remembrance.

In general, Mom’s cooking was rather bland. She over-cooked her vegetables. To this day, I still don’t know the purpose of putting milk over asparagus (yuck) or why buttered toast smothered in warm milk was her ‘go-to’ when someone didn’t feel well (another yuck).  My brothers and I joke that the only ‘spice’ she used was salt with a little pepper. Why she had a full spice jar rack and a cupboard full of more spices, we don’t know. Maybe, like collecting recipes, she liked the idea that someday she would make something with them.

Many of Mom’s recipes were in her head. She could put together a big pot of soup from scratch. She made the flakiest pie crust without a recipe… just some flour, lard, salt, and cold water. She instinctively knew the amounts “by feel”, she would say.

I spent many hours sweating in the kitchen with my mom, preserving the garden’s bounty. It was hard work, but the tasty goodness so much appreciated in the winter months.

I have tried my best to transcribe these recipes, but I know some are lost in the translation. Mom knew how they went together and she took that information with her. We can only guess or experiment with what she left us. 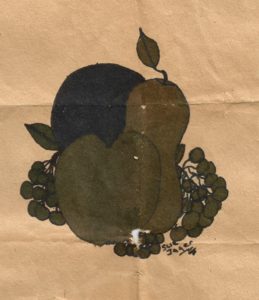 Mom wrote a recipe on the back of one of my drawings.
circa 1968