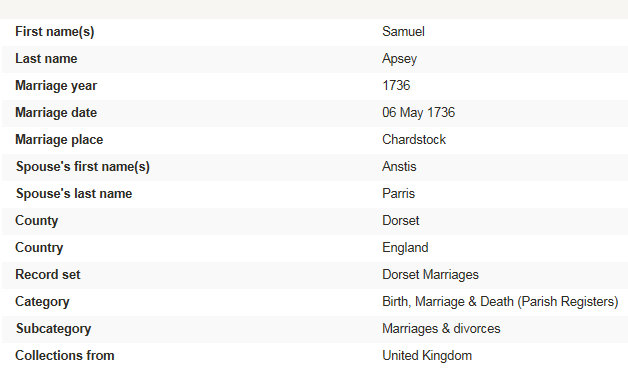 Antstis/Anstice, wife of Samuel, died in 1737.  I believe she died either giving birth or shortly afterwards.   The one year difference between the child’s birth record and mother’s death record could have been due to different styles of recording and calendar overlap.  Likewise, the appearance that daughter Anstis was born prior to marriage.  In all likelihood, Samuel and Anstis were married May of 1736 and the child was born 10 months later in March of 1737.  Also remember that the dates are baptisms and burials, not births and deaths.  Mother Anstis was buried the same day daughter Anstis was baptized.

* records are in date/month/year format

** Benjamin Parris and his wife gave birth to 2 daughters named Anstice.  The first one was born in 1702 and died shortly after.