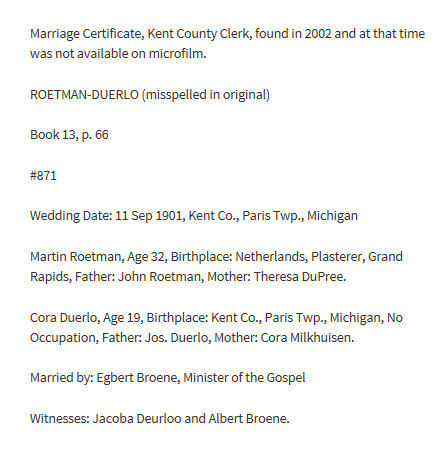 Cora Roetman married Rhine Bolt sometime between 1949 and 1951. Rhine and Jennie (DePree) Bolt were neighbors of the Roetmans on Helen St. in Grand Rapids. Jennie died January 9, 1949. Cora is referred to as Mrs. Rhine Bolt in her brother’s obituary dated December 18, 1951. 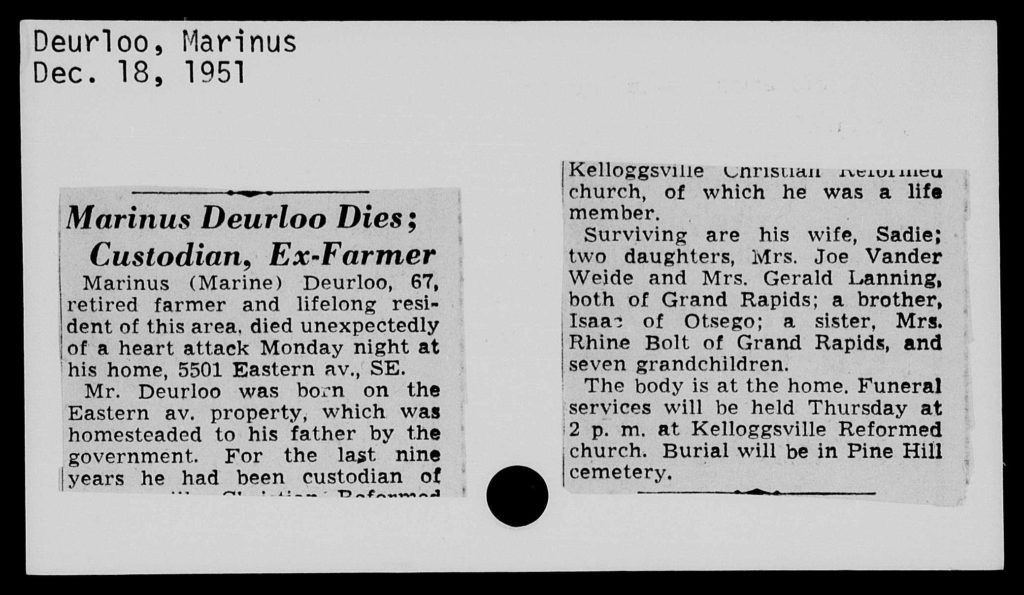