A search on Ancestry for Lena Roetman, born 1875 in Netherlands, produces the usual records for our Lena… birth and immigration.

A search on FamilySearch.org does not give those records, but gives two other records for a Helena/Helen Roetman.

The first record shows a birth of a girl named Helena Dreihoff, born July 27, 1900 in Manhattan, New York, NY.  Her mother’s name given is Helena Roetman Dreihoff, born in Netherlands, age 24… one year off of our Lena.  The father is listed as ‘John Dreihoff’, age 28, born in Austria (1872). 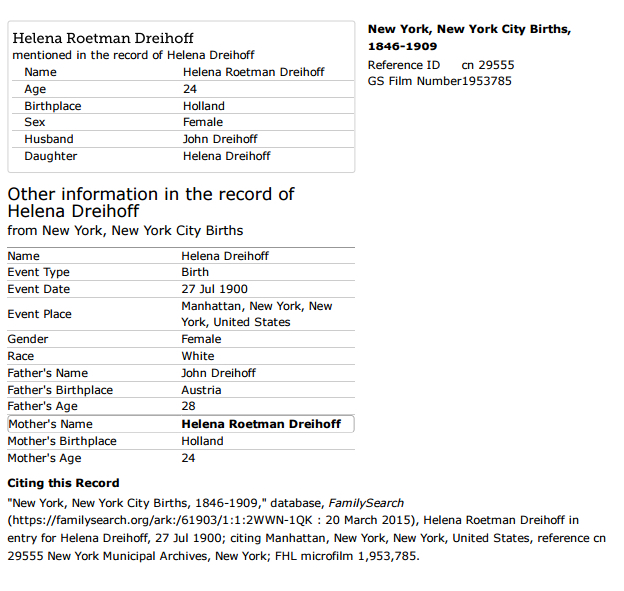 Just a month + before, Helena Dreihoff is listed in the 1900 census, living and working as a servant in Manhattan, New York, NY.  Helena gives her birth month as January, but she is born in the year 1876, not 1875.  She has been married for 3 years (1897) and her arrival in the US is given as 1892, not 1882 as our Lena.  But keep in mind, immigrants did not trust the government and frequently gave incorrect information on censuses. 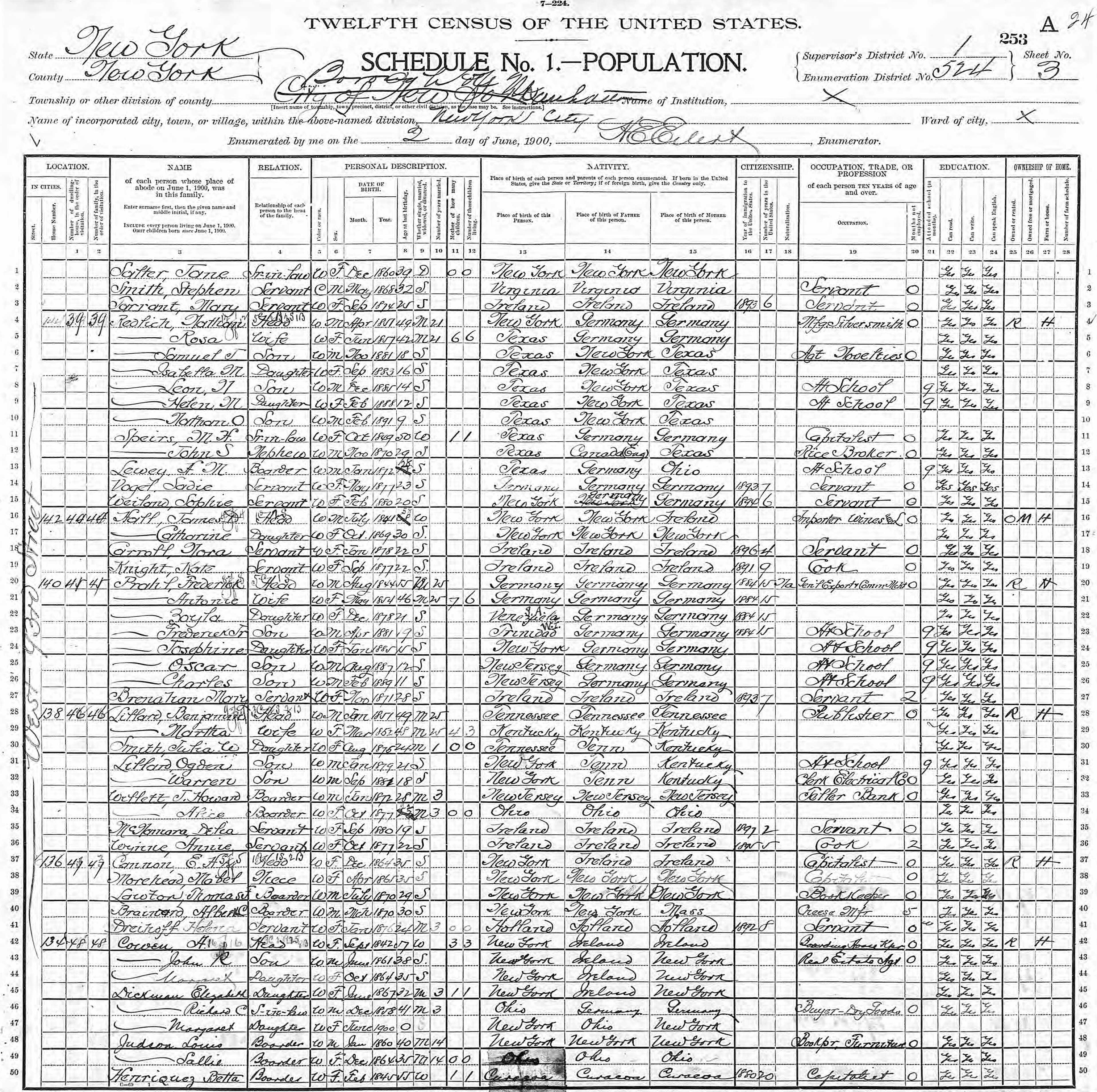 The only Dreihoff (or Dreihof) listed on Ancestry is a ‘Charles Dreihoff’.  Charles was born in 1872, in Austria.  He arrived in the US in 1894. 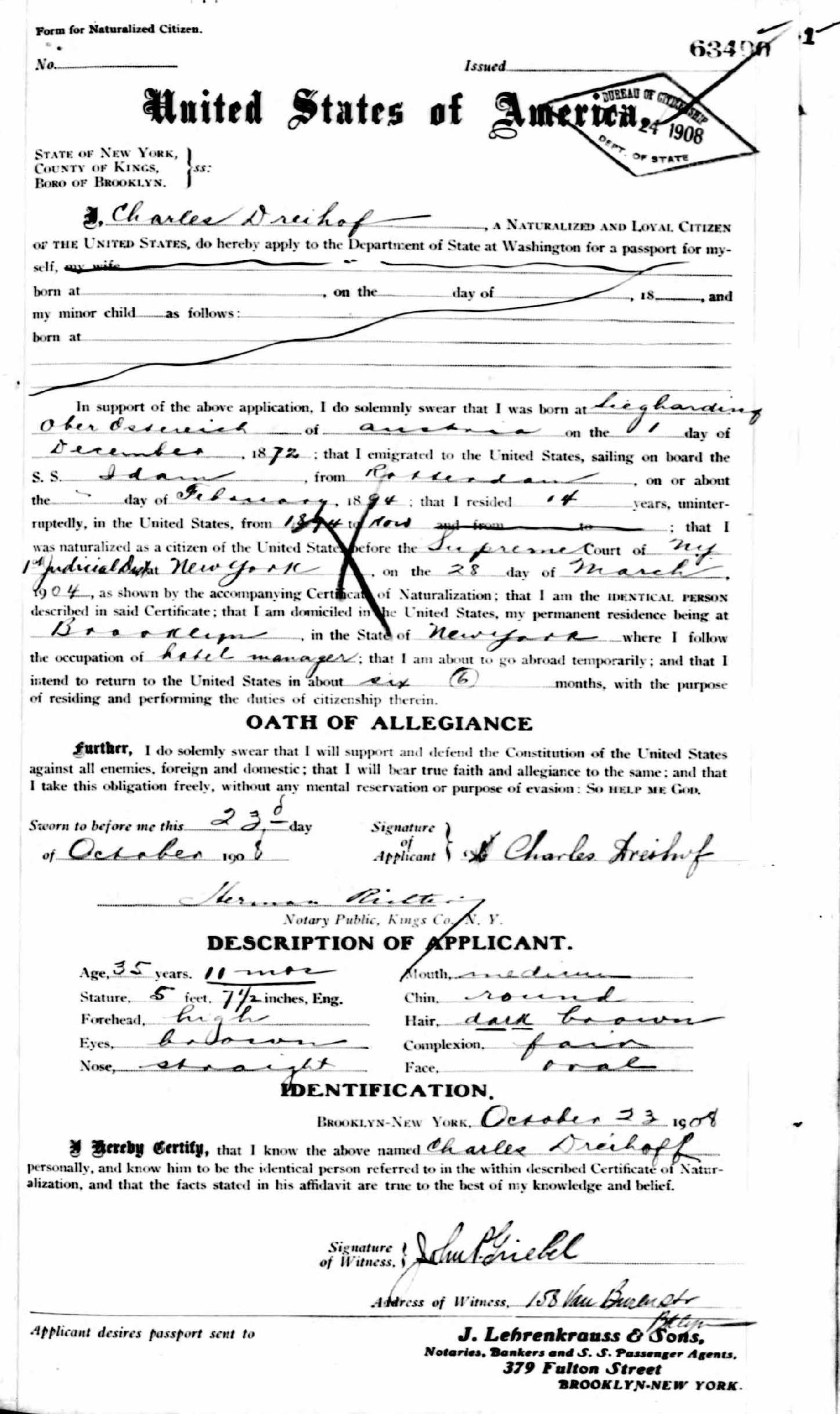 I found a record for Charles Dreihoff aboard a ship in 1900, which would be the reason he is not listed in the 1900 census.  The record lists his home port as New York, NY. 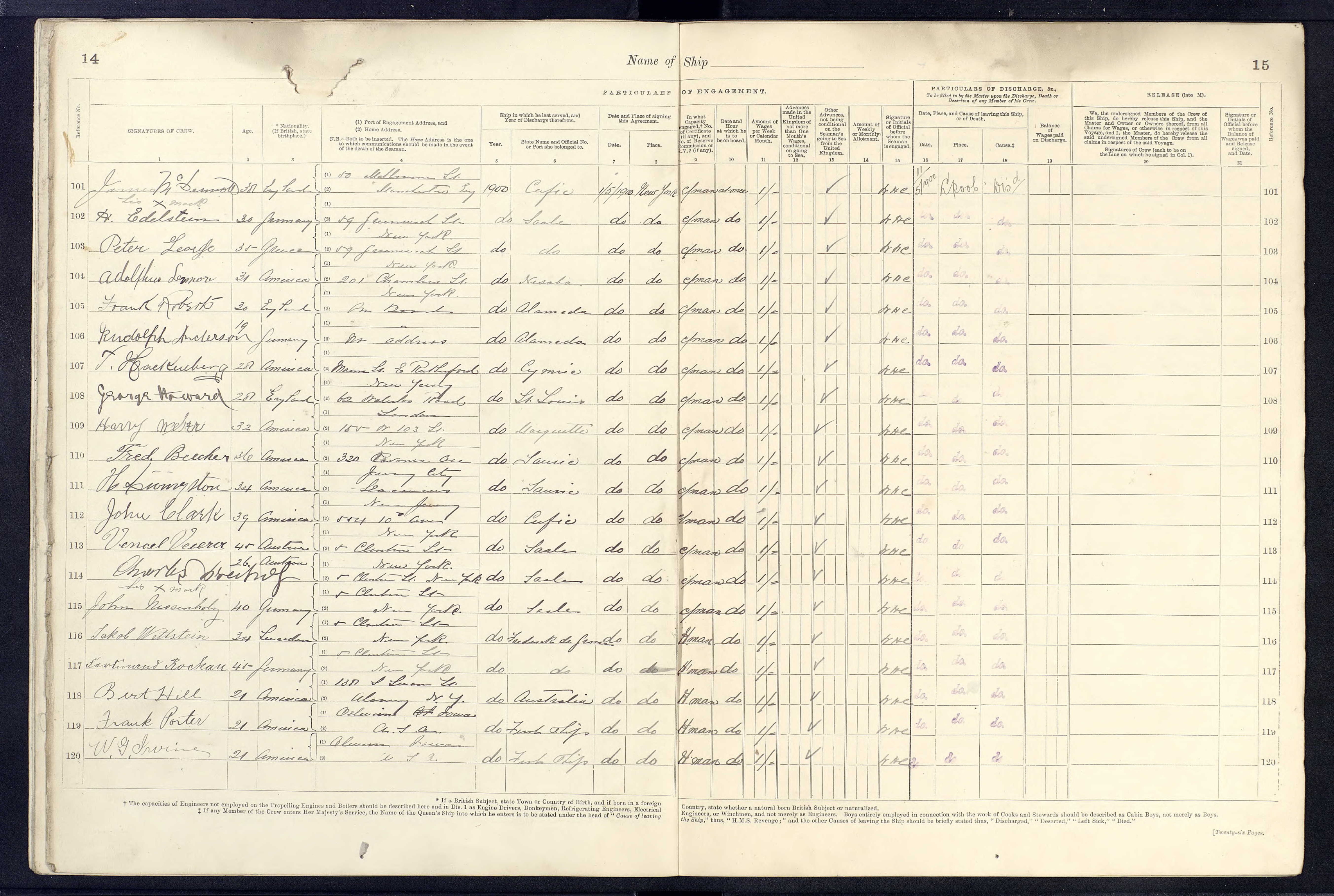 So is this the Dreihoff that Helena was married to and the birth record mistaken for her father’s first name?  Digging a little deeper would indicate the answer is yes. 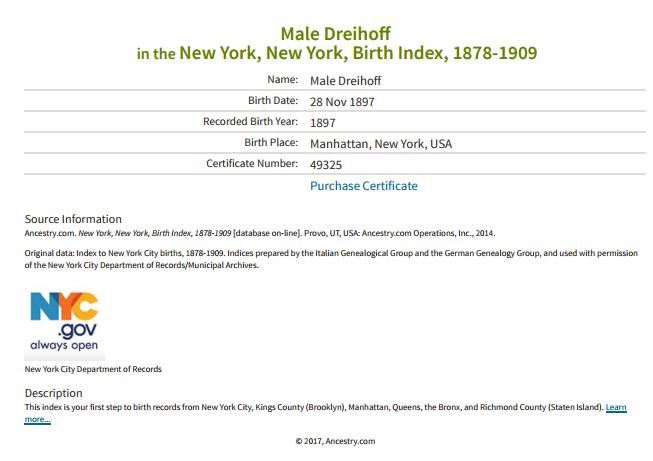 That child died 9 months later.  His name was Charles Dreihoff.  Named for his father? 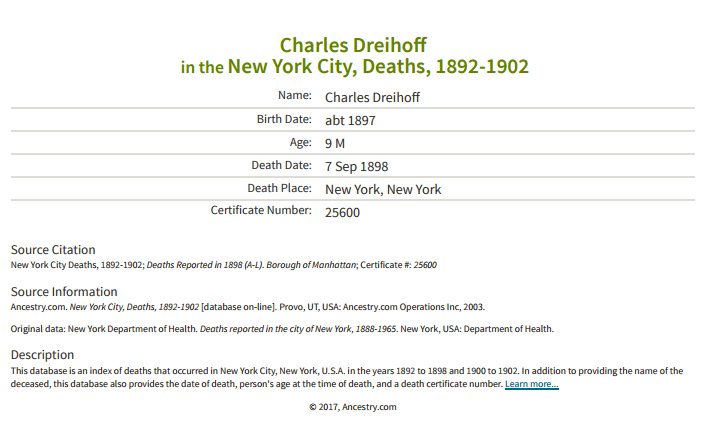 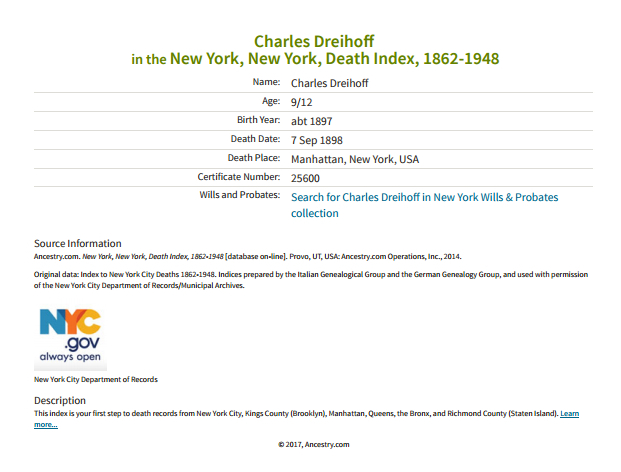 FamilySearch.org has these two records for baby Charles Dreihoff.  On these records, Helen’s birth year would be 1875, same as our Lena. 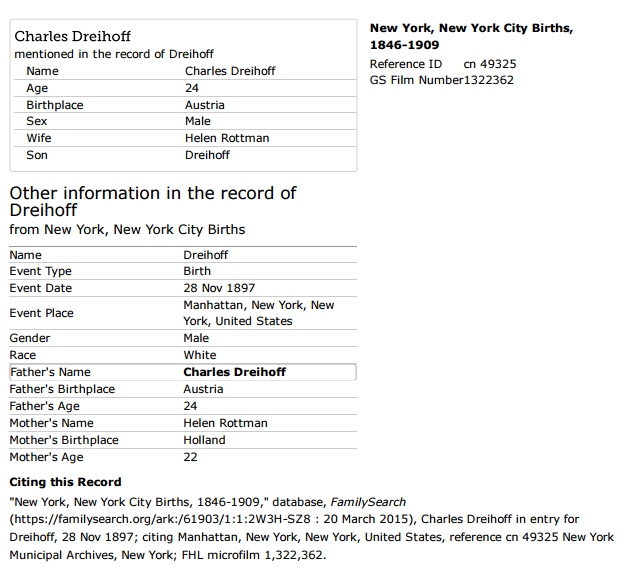 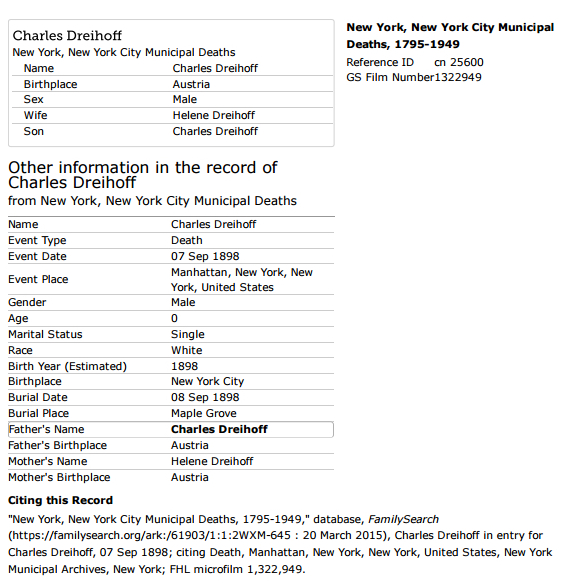 The record for baby Helena Dreihoff is different on Ancestry.com.  There, the record lists the child as ‘John’.  Is this a twin birth or transcriber’s mistake?  Notice the certificate number is the same on all three documents. 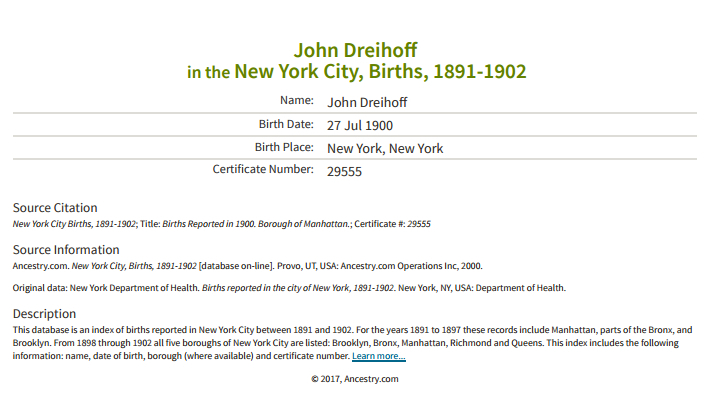 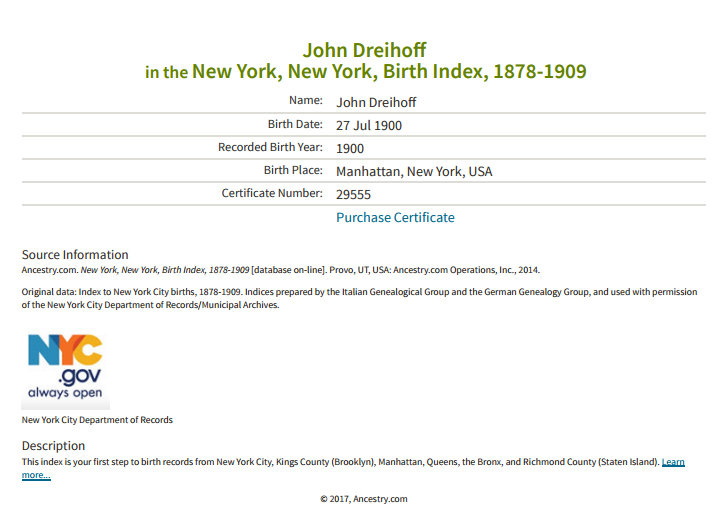 The second record I find on FamilySearch.org is for Francis Cambell, born January 17, 1907 in Manhattan, New York, New York.  Her mother is listed as Helen Roetman.  Father is Frank Cambell. 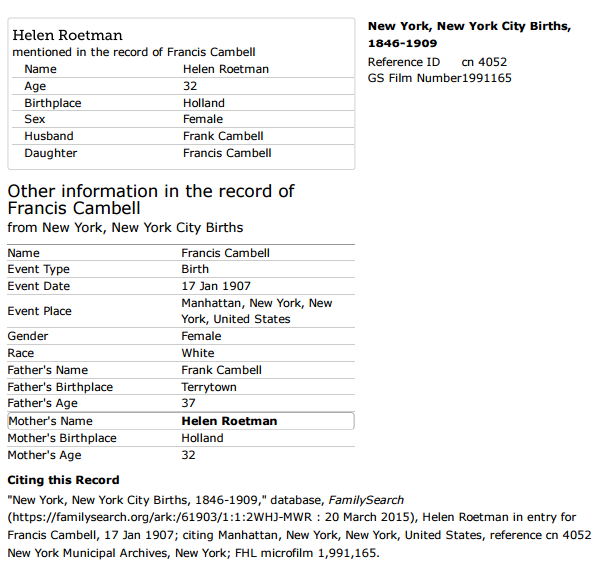 A spelling variation for her is in a record on Ancestry.com.  Note the same certificate number. 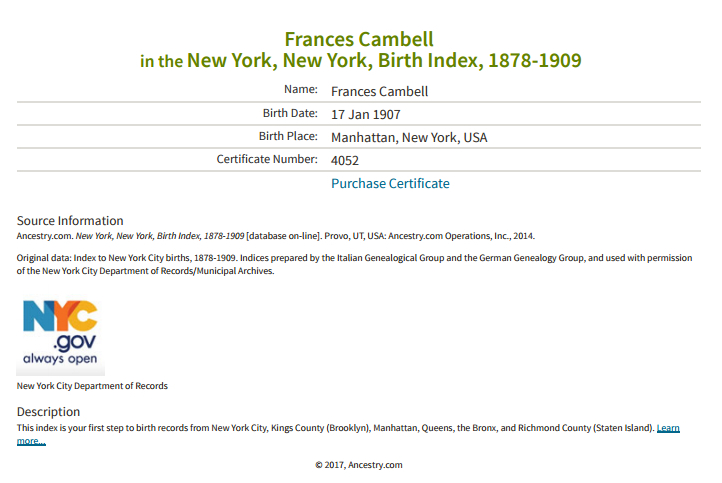 Are there two Helen/Helena Roetmans in the Manhattan, New York area or is this the same one?  If the same, did she divorce the first husband and remarry?  Census records show that Charles Dreihoff is alive and 1 year newly married in 1910.

Frank is listed in the 1900 census and has a 1 year old daughter.  The mother is not listed on the census.  It could be because she was having a baby.

The one year old daughter is listed in the 1910 census living with her 2nd cousins.  Frank is not listed, nor is Annie or Samuel.  Francis is not in later censuses.  Unless Lena remarried, she is not mentioned after 1907.

*Conclusion… I believe Lena/Helena/Helen Roetman left Michigan sometime around 1895-95 and went to visit or live with her Uncle in New Jersey.  She obtained work in Manhattan, NY, which is just across the river.  She ‘married’ Charles Dreihoff in 1897.  I don’t know if this was a marriage by church or state or if it was a common law marriage.  I don’t find a record of marriage.  Charles is listed as ‘single’ just prior to 1909, and the 1910 census indicates that his marriage was his first marriage.  That would make one think that his marriage to Helena wasn’t ‘legal’.

Sometime after 1900 and giving birth to 2 children, Helen either divorced (no record) or simply left her ‘marriage’ and had a baby with Frank Cambell in 1907.  It is assumed that Frank was her husband, but that might not have been so or it was a common law marriage.  It is not known what happened to the baby, nor Frank or Helen after that date.  It would appear that Frank’s first born child is orphaned by the 1910 census.  Unless documents confirm otherwise, I am going to speculate that Frank and Helen died between 1907 and 1910.

John is encouraging me to obtain actual copies of the childrens’ births so that I am not limited to transcriber’s interpretations.  There might be more information on the actual records.

If indeed this is our Lena and she died while living in New York or New Jersey, then she very likely is buried with the other Roetmans.  Under what name is the question.