Unfortunately, it is an embellishment of the life of Howland Soules.  Howland’s parents were NOT Benjamin and Dorcas (Ward) Soule and as can be seen in the following documents, he did not receive a Crown Grant of land, but purchased said land from Ebenezer Jones. 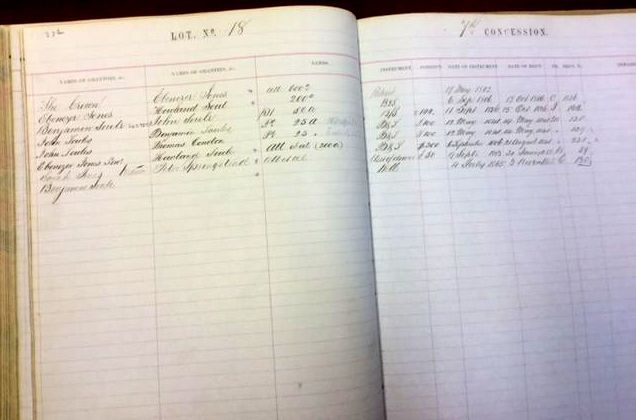 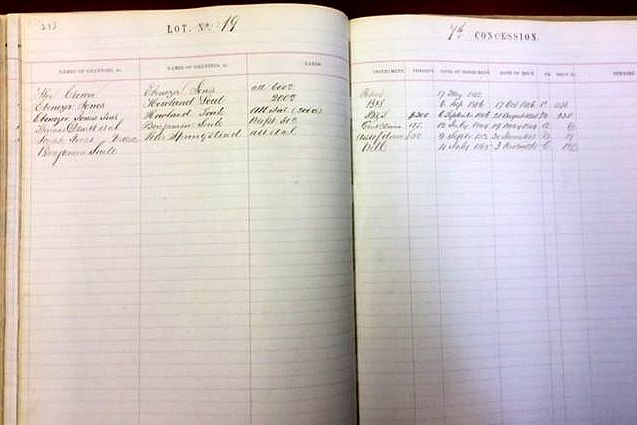 Per Nancy Capstick of the Stoney Creek Historical Society… Every land transaction was recorded in the Saltfleet Township land abstract books and it is through the transaction’s instrument number that we can look up the microfilm of the transaction.
Each lot and concession was 200 acres. Ebenezer (Jones) was given 600 acres, 200 of them in Con 7, Lot 18 and 200 in Con 7, Lot 19. It is those parcels of land that were later sold to Howland Soul(e). It appears that the sale occurred on 6 Sept 1806 and got registered on 17 Oct 1806. That transaction #1130 covered the sale of BOTH lots 18 Con 7 and Lot 19, Con 7.

Ebenezer Jones was born circa 1760 in Dutchess County, NY. He married Sarah Springsted on March 27, 1802 in Saltfleet Township, Ontario. (It is possible that Sarah Springsted is related to Howland’s mother-in law, Rachel Amanda Springsted.) Ebenezer was granted 600 acres of land shortly after his marriage on May 17, 1802. On September 6, 1806, he sold 200 of those acres to Howland Soul(es) for 300 pounds. Howland did not move his family to Canada until around 1810 (as children were still being born in the United States until that time).
Ebenezer’s sister married William Gage. 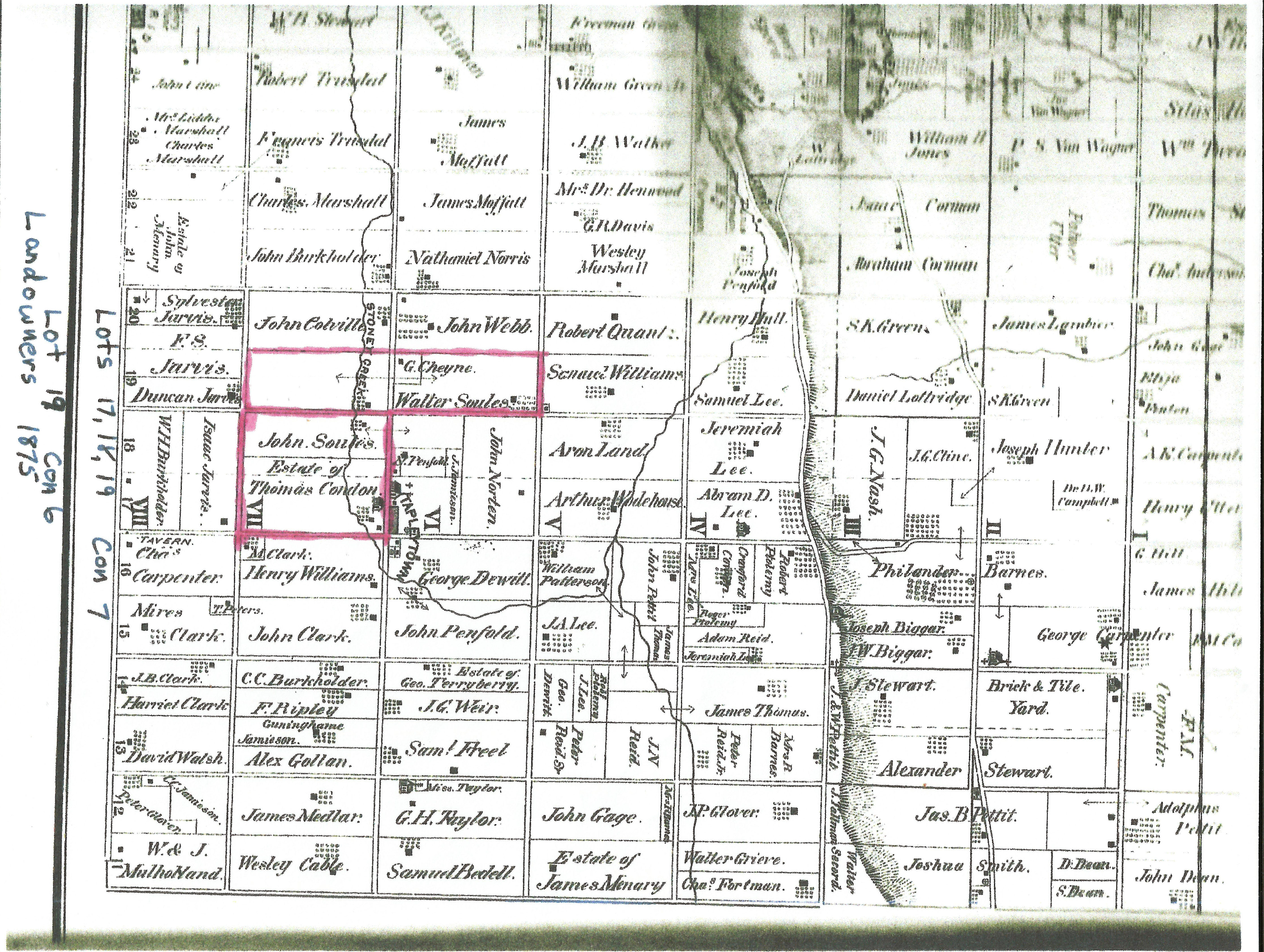 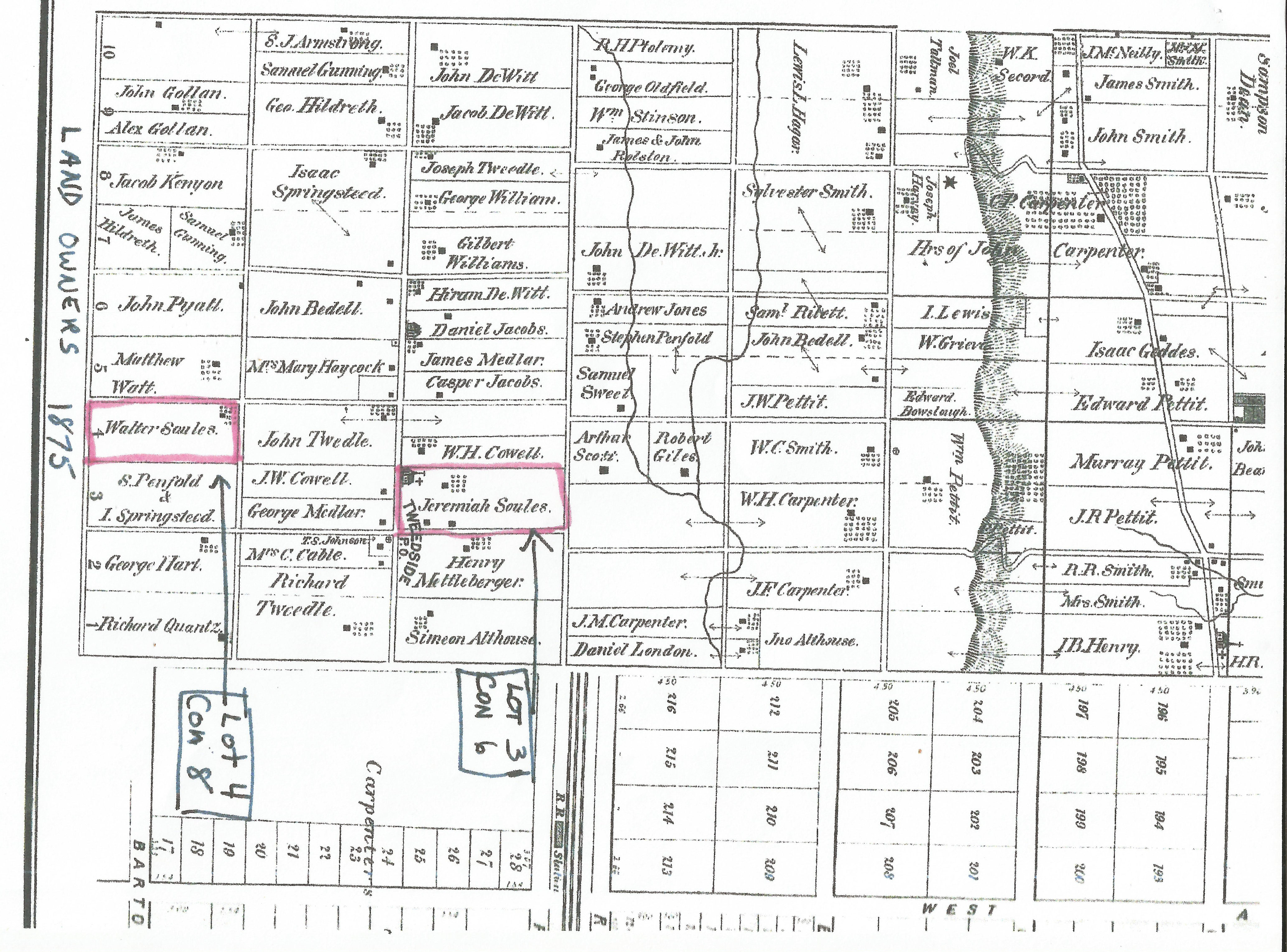 Thank you to the Stoney Creek Historical Society for providing documents.