Trijntje DuPree Roetman died June 20, 1878, leaving her husband Johannes to care for 5 children. She had just given birth to a girl child three months previously. Unfortunately, that child died 3 months after her mother. Johannes remarried October 25, 1878. A girl child arrived 8 months later. Premature birth or was it a marriage of necessity?

Johannes Roetman died December 25, 1882. Apparently, the decision was made to send the 4 orphan children to the United States to live with their mother’s brother, Gerrit DuPree and his wife, Elizabeth. Stepmother and stepsister remained in the Netherlands.

The four children left the Port of Amsterdam on the SS Leerdam*. Their accomodations were in Steerage (between deck)… the bottom of the boat… the place originally built for cargo. Steerage was the cheapest form of passage and offered only the most basic amenities, typically with limited toilet use, no privacy, and poor food. Ceiling height was usually between 6 to 8 feet. There were no portholes and ventilation was lacking. It was usually extremely crowded and smelly. The trip took approximately two weeks and I’m sure the stench was incredible.

I don’t know exactly what Steerage was like on the Leerdam, but there are many stories about other ships. I have included some links to webpages if you would like to read some more. It makes my heart break thinking about what these kids went through. Losing their parents, leaving their home, a half-sister, and grandmother to go to an unknown place to live with someone they had never met. Combine that with the conditions of the ship, it could either make you or break you. What baggage and scars did they carry with them for the duration of their lives? Jan (John) was 16, Marinus (Martin) 14, Leendert (Leonard) 11, and Lena 8, when they arrived in the Port of New York on December 22, 1883… less than one year after their father died and their lives turned upside down.

So let’s get a picture of 4 raggedy children getting off the ship in New York. The oldest, John is in charge and trying to be an adult, but he is only 16 after all. He feels overwhelmed with responsibilities and maybe a little discouraged, but someone has to do it and it is him.  Martin is doing his best to help and corral his younger brother and sister. They didn’t bring much from home. Everything the four of them have is in the one trunk. Do the children feel excited at the prospects of a new place or are they scared? It feels different walking on solid ground and not having the world sway around you, not that there was much walking to be done on that small ship. Lena’s tummy is finally settling down. Is anyone meeting them at port? How will they get from New York to Grand Rapids? Does Lena have to go to the bathroom? Is Leonard angry with his brothers for being told what to do all the time? On the verge of becoming a ‘man’, but not there yet. And his sister is just annoying. They all miss their mom and dad and grandmother, not to mention everything they left behind.  Friends.  Aunts,  Uncles,  Cousins.  Pets.

Will life really be better in the United States with Uncle Gerrit like they were told?

*The Leerdam was a 2,796 gross tons iron single screw steamer with a straight bow, 1 funnel and 2 masts. She was 322.1 feet long with a 40.0 foot beam. She could accommodate 44 passengers in first class and 392 in third class. She was built by Nederlandsche Stoomboot Mij in Fijenoord (Rotterdam). She was launched on April 28, 1881 as the Netherland. She was bought, second hand, in 1882 by the Nederlandsche-Amerikaanshce Stoomvarrt Maatschappij (Holland Amerika Line) and renamed Leerdam. On September 16, 1882 she made her first voyage between Rotterdam and New York City. On March 3, 1883 she started Amsterdam to New York City and sailed this route until June 7, 1884 when she resumed the Rotterdam to New York route. On October 1, 1887 she returned to the Amsterdam to New York sailings. Her last voyage on this route was on March 19, 1889. On December 16, 1889, she sunk in a collision in the North Sea with the British steamer Gaw-Quan-Sin, en route from Rotterdam to Buenos Aires.
(source: North Atlantic Seaway, Vol. 3; N.R. P. Bonsor) 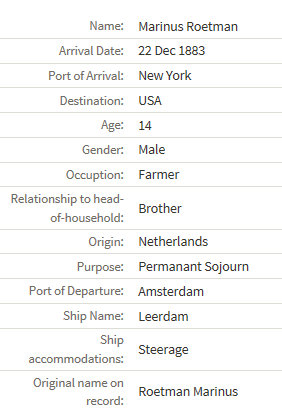 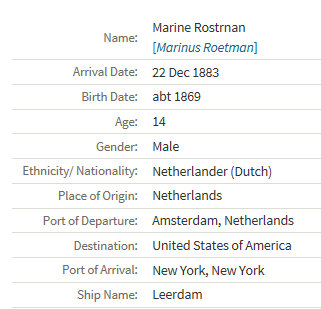 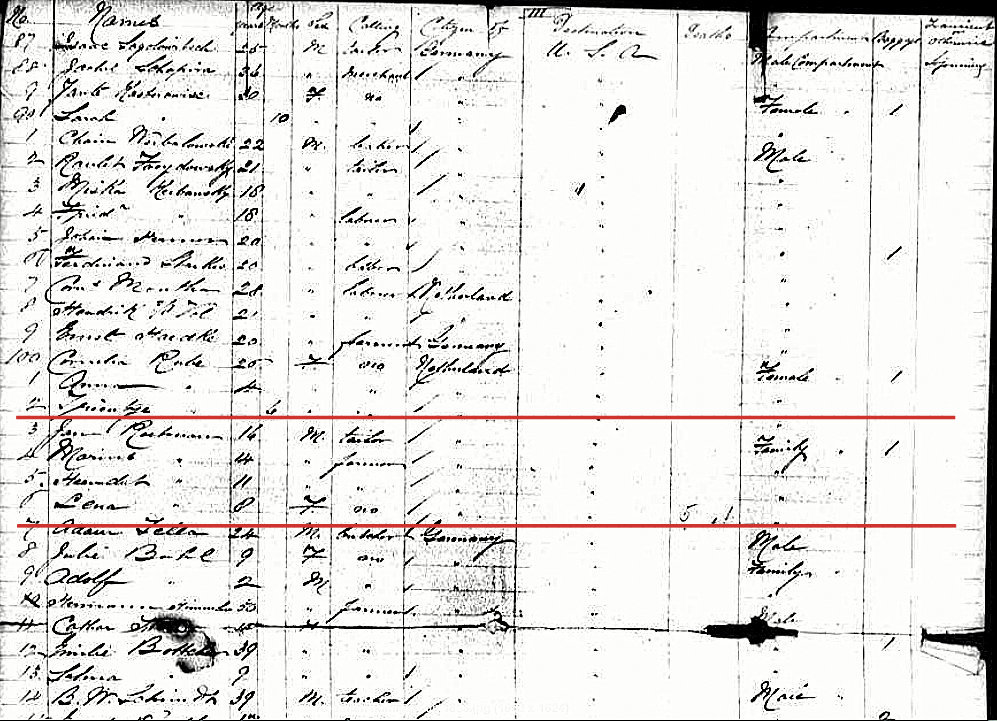