was the son of Arthur A. and Iris Hunt Apsey. 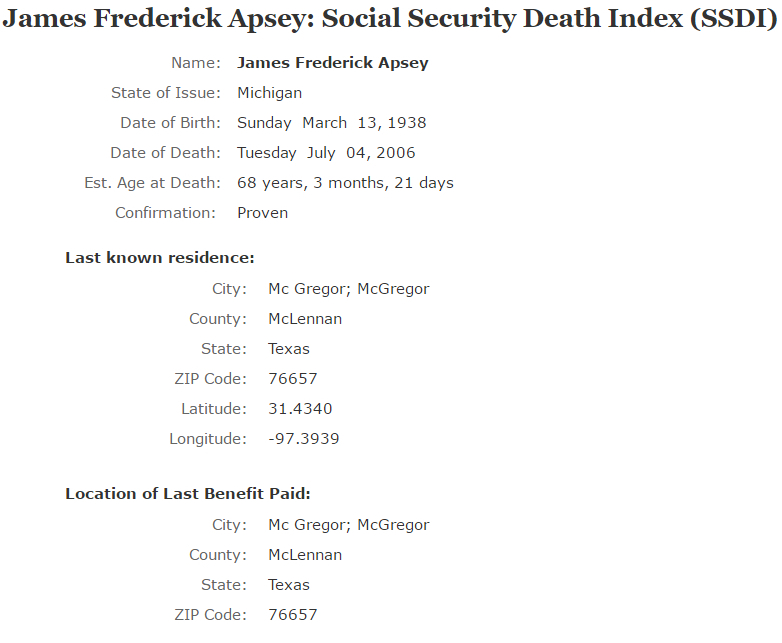