was the infant son of Martin and Cora Roetman.  He lived only 22 days.  Cause of death was *Auto Intoxication and **Cardiac Syncophy, after spending 18 hours in acute gastrointestinal indigestion. 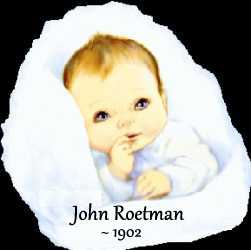 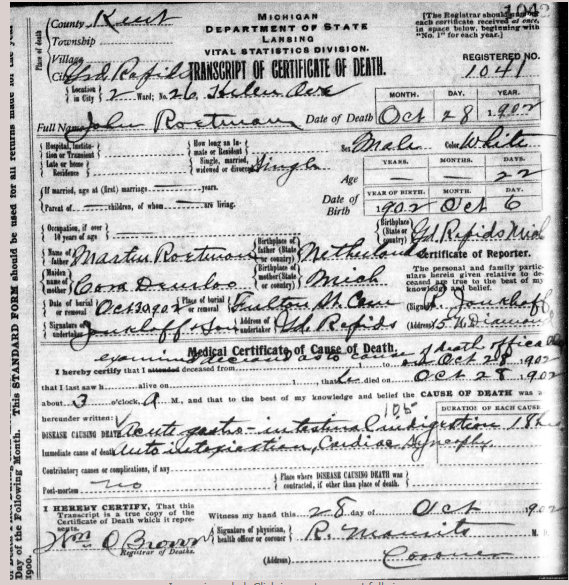 *autointoxication Self-poisoning resulting from the absorption of waste products of metabolism, decomposed intestinal matter, or other toxins produced within the body. Also called endogenic toxicosis.

**Syncope (Syncophy) is temporary loss of consciousness and posture, described as “fainting” or “passing out.” It’s usually related to temporary insufficient blood flow to the brain. It most often occurs when the blood pressure is too low (hypotension) and the heart doesn’t pump a normal supply of oxygen to the brain.