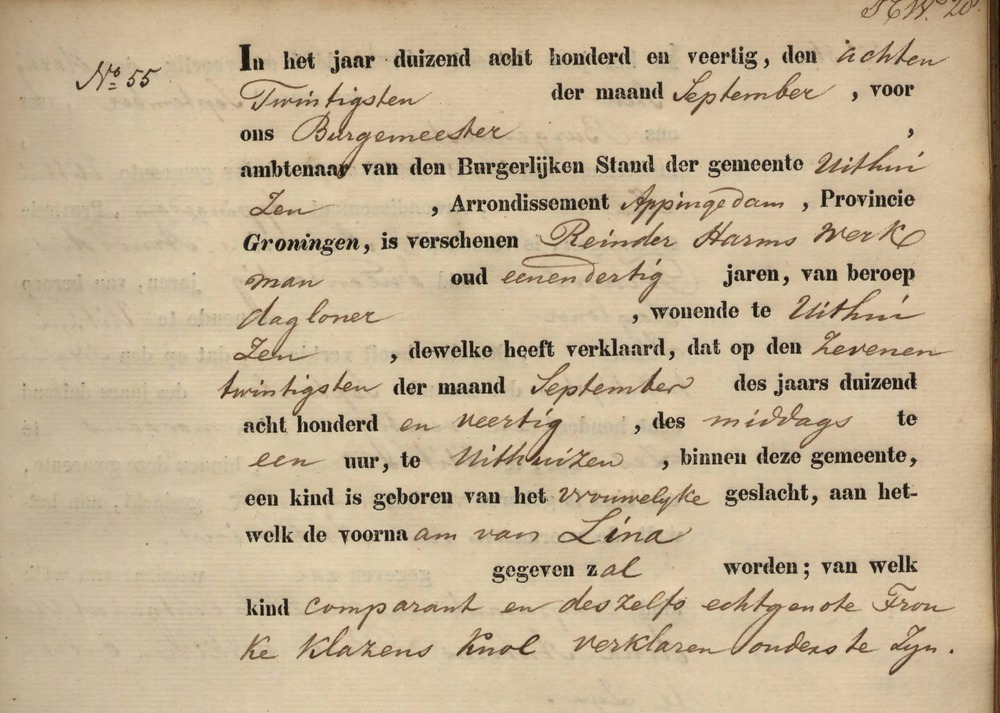 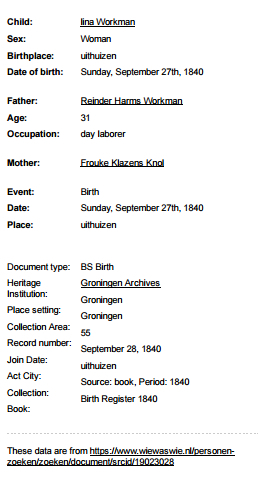 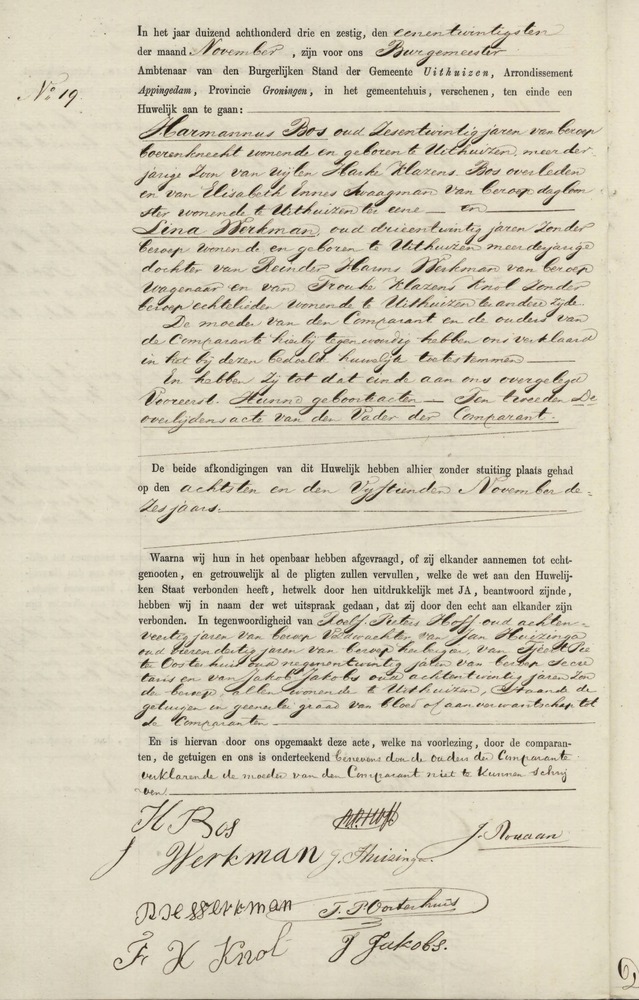 Family story says that Lina died as the result of giving birth.  A baby boy birth was recorded January 12, 1877.  I do not find a death record for either this child, nor Lina.  Presumably, she died in 1877.  Search for records continue.