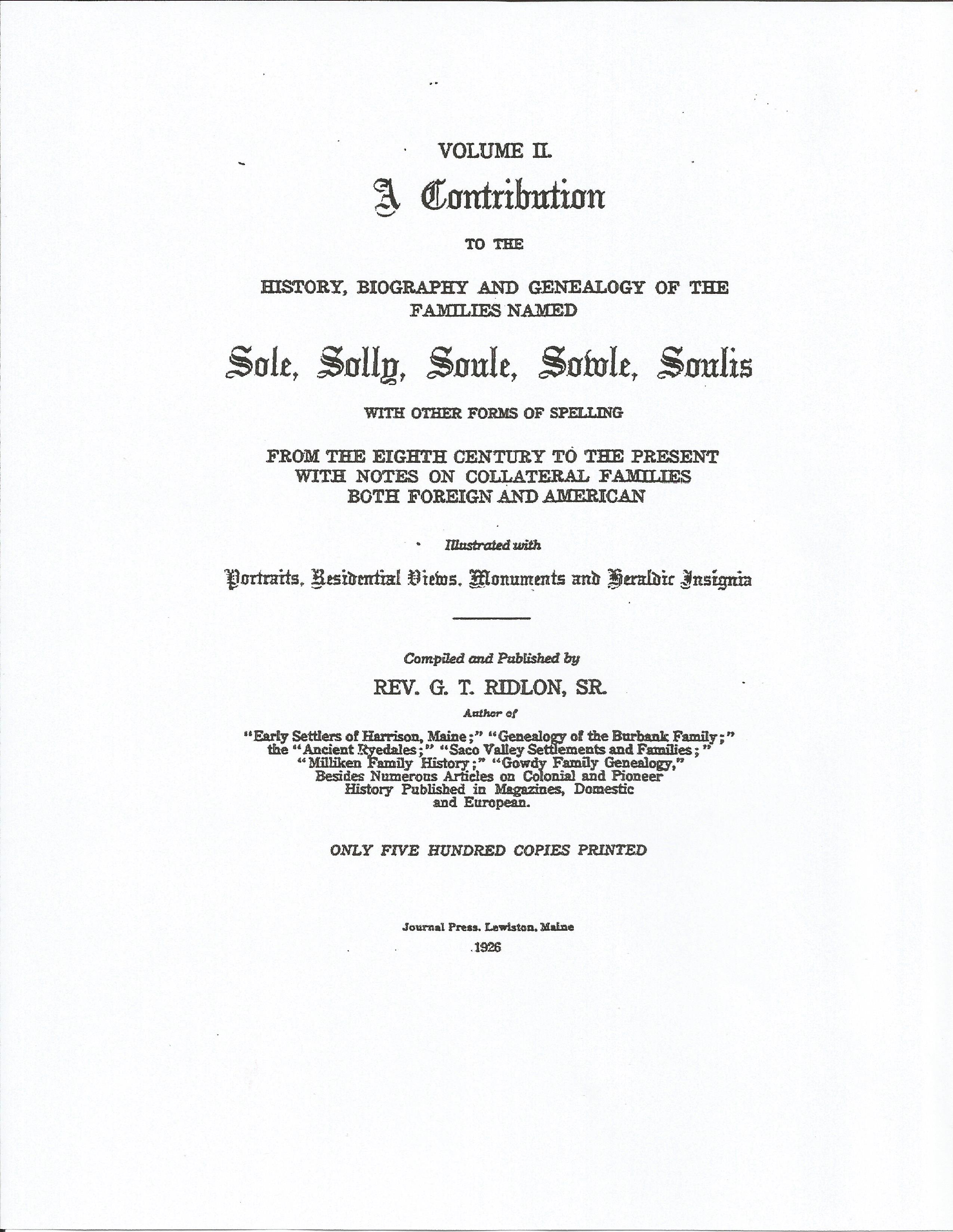 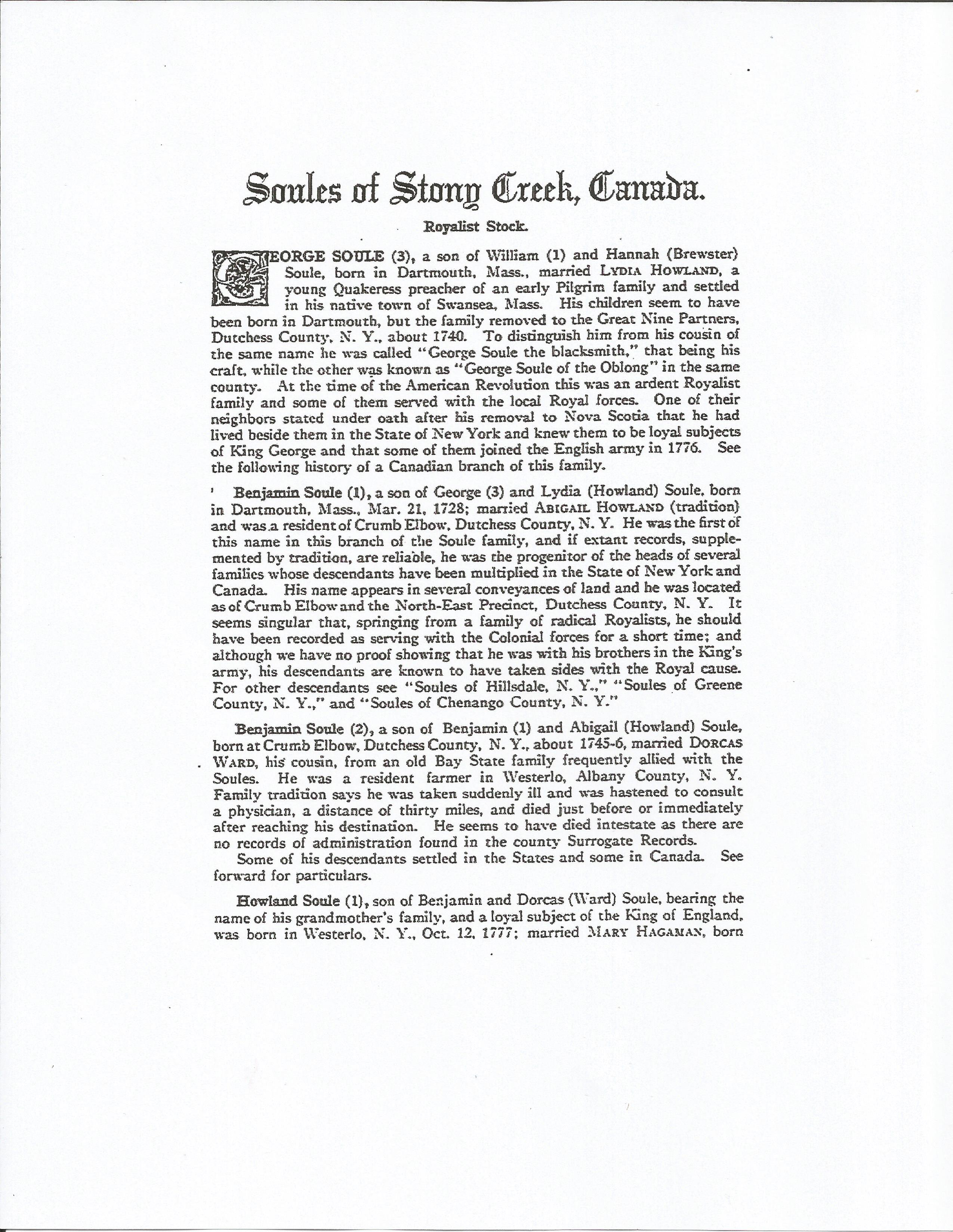 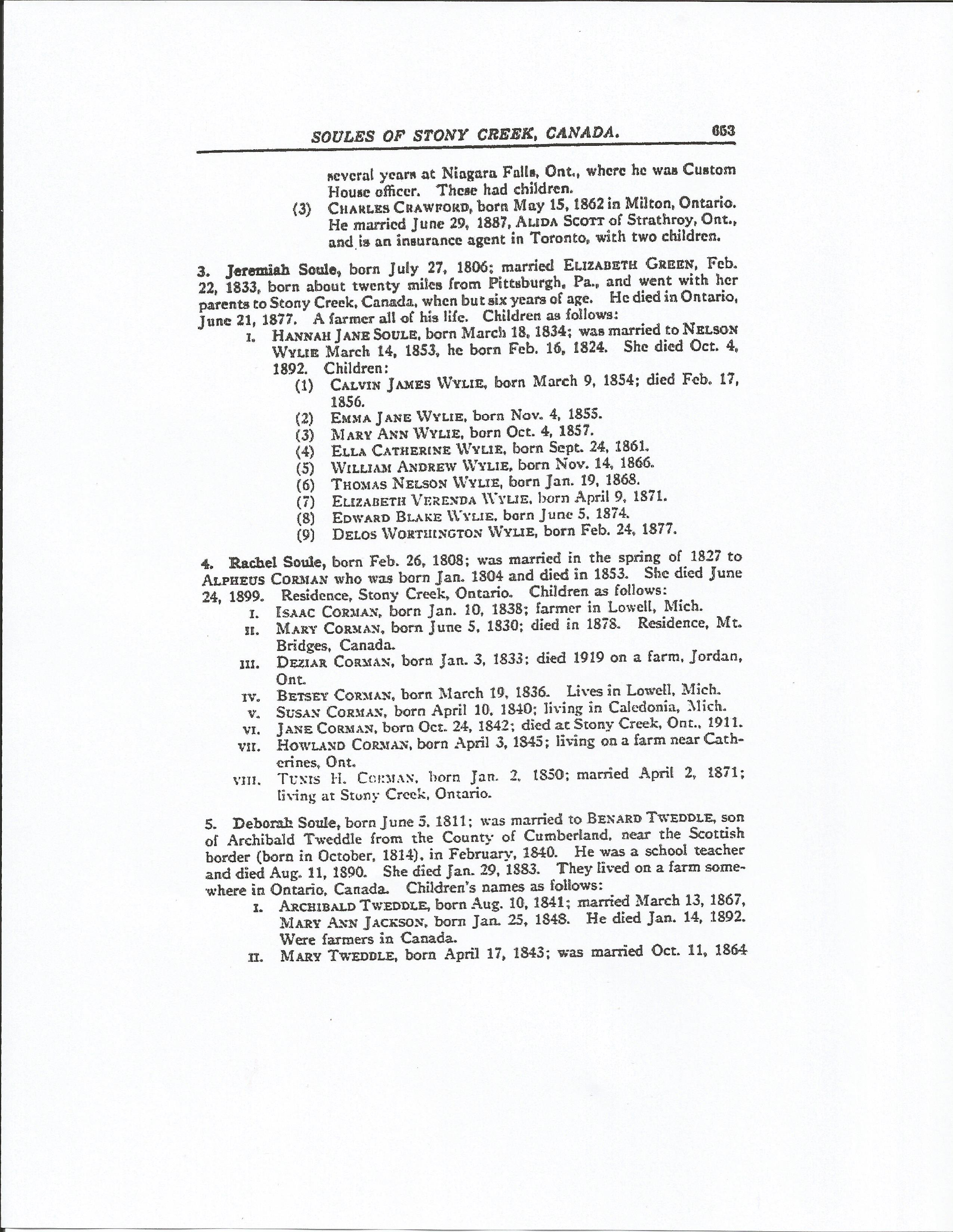 *Ridlon’s published work contains some credible information, mostly of dates as written down by family. Other details of families are embellishments of their lives as stories were passed down through time, whether it was what the families were told or how they imagined them to be.
Howland Soules’ parents were NOT Benjamin and Dorcas (Ward) Soule. The dates of birth and marriage for Benjamin and Dorcas are evidence of that. As can be seen in land transaction documents [11], Howland did not receive a Crown Grant of land, but purchased said land from Ebenezer Jones, who DID receive a land grant for being a Loyalist. It is not known what Howland’s exact position would have been during the American Revolution, considering he was a child at the time. I believe family stories confused father and son. (Father) Howland Soule died in a Loyalist camp while serving as a Private [1], but details of his association are currently lacking. He was a Lieutenant in what may have been an American Militia unit [12] and had also given his Oath of Allegiance to the State. [12, page 230]