was married to Herman Volk Jr.

I found an 1870 census for a Sarah Woods, born in Canada, living/working in Detroit, Michigan.  It appears to be a boarding house or a large estate with many live-in domestic workers.  While this might be our Ancestor, I question whether she herself gave the answers to the census taker.  Her age is slightly off and it indicates that she can neither read, nor write.  On the other hand, Wood (s) is a common name and there were other Sarah Woods living in the Detroit, Michigan area during this time period.

Sarah died July 8, 1889 in Grand Rapids, Michigan.  Her death was recorded in the City Directory.

Her death record states she was 27 when she died.  We know this cannot be correct based on other documents.  She died of Dropsy, which is an old-time name for edema, of which there could have been many underlying causes. 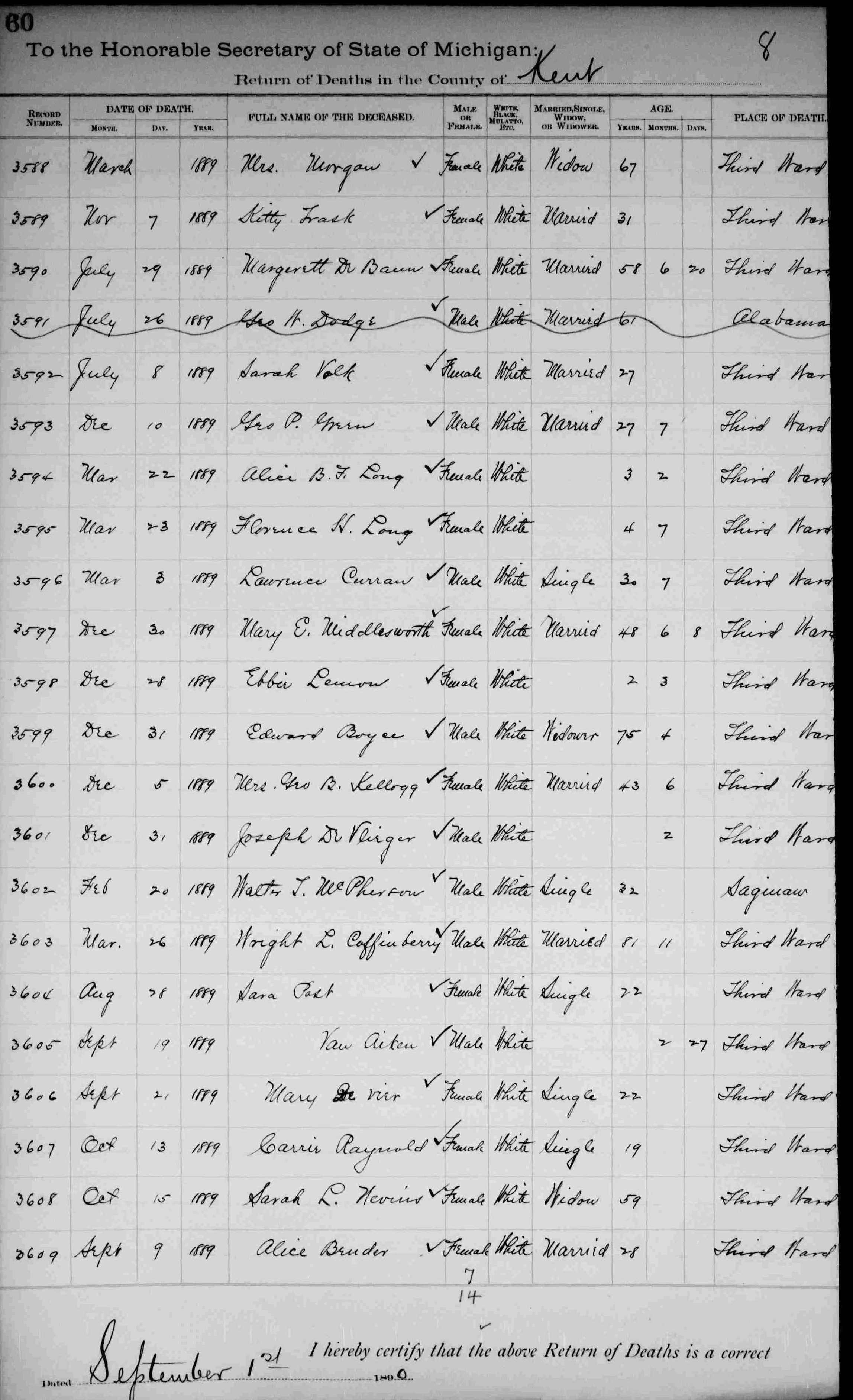 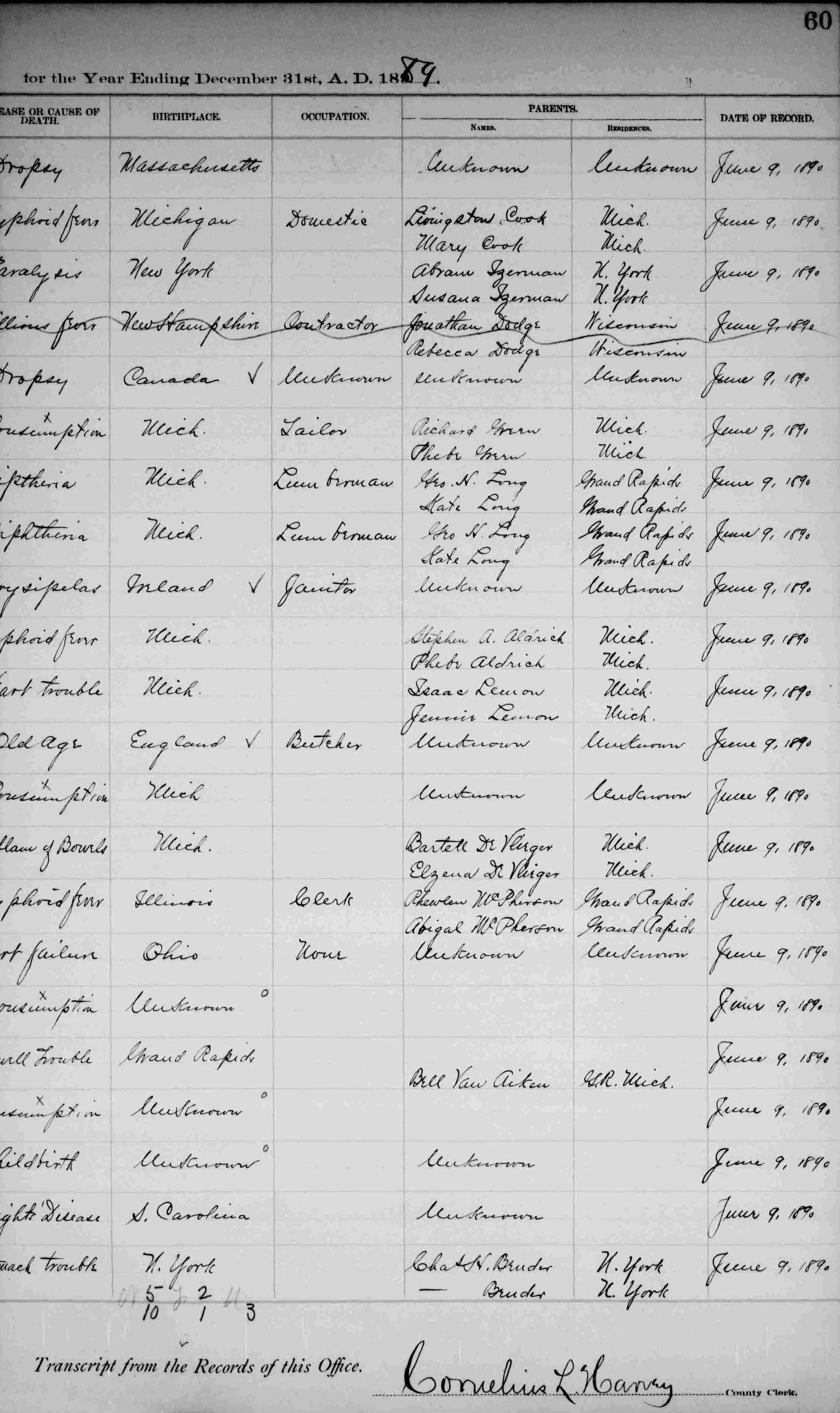