According to the Last Will & Testament of Elizabeth Hagaman, written October 20, 1877 and proved April 9, 1880, she stipulates that “The Burial Ground situated on said premises is hereby reserved as a family Grave Yard and forever consecrated to that use, the title of which shall never be conveyed.”
The land in question is “that certain piece or parcel of land situate in the Town of Westerlo aforesaid, being part of the farm owned and occupied by my father Abram Hagaman deceased at the time of his death, consisting of seventeen acres of land; being the portion set off from my said fathers estate as the share of my sister, Rachael and myself and owned and occupied by my said sister and myself jointly until the time of the decease of my said sister: after which said land was owned and occupied by me solely. The said Rachael Hagaman my sister having by her last Will and Testament bequeathed to her said sister Elizabeth, absolutely, her entire share and interest in the said seventeen acres of land herein devised as aforesaid.”

It would seem that the spirit of Elizabeth Hagaman’s Will is still intact, even though the cemetery no longer contains buried bodies… at least that we know of. Without knowing full details, it is possible the last of the Hagaman heirs decided to relocate the family to a cemetery that would be taken care of and not left to disappear in neglect. 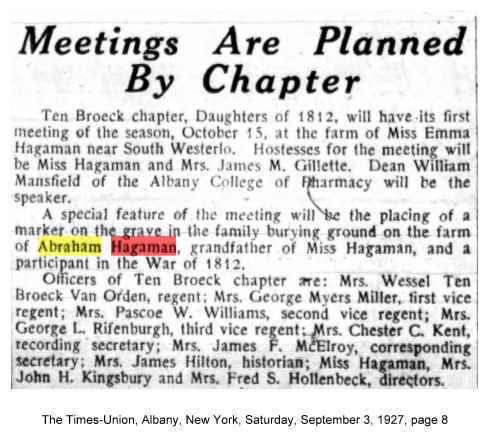 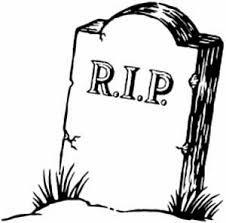