was the daughter of Deziar Corman.  Her father is unknown at this time.

Clarissa is listed in the Canadian census of 1871.  Members of the household include, Joseph Penfold, Rachel Penfold, Tunis Corman, Clarissa Corman, and John Wooley.  It is not known the relationship of John Wooley to the family.  Rachel Soules Corman married Joseph Penfold after her 1st husband, Alpheus Corman, died.  Her son, Tunis, is still living at home with this mother in this census.

Some online Ancestry trees list Clarissa’s parents as Alpheus and Rachel Corman based on Clarrisa being listed in this census.  Clarrisa was either living with or visiting her Grandmother at the time of the census.  Clarissa went to live in the United States during 1871.

Clarissa gave birth to a daughter she named Lora in 1873.  The father’s last name was Adell.  It is not known if Clarissa was married to him.

Clarissa married Henry Proctor in 1874.  They were living apart as indicated in the 1880 censuses.  Also note that Clarissa and Lora are living with John and Susan Apsey and Clarissa is listed as ‘Niece’.  This is another clue as to why Clarissa cannot be Rachel and Alpheus Corman’s daughter.  Susan is Rachel’s and Alpehus’ daughter.  If Clarissa was also their daughter, then she would have been listed as ‘sister’.   Deziar is Susan’s sister, making Clarissa Susan’s Niece.

Henry Proctor remarries in 1881.  The 1900 census indicates that Clarissa is divorced, therefore their marital status officially changed sometime between June 24, 1880 (when the census was taken) and when Henry marries on January 18, 1881.

There are discrepancies about Clarissa’s date of birth. Online Ancestry lineages give dates of birth both as September 4, 1852 and July 23, 1851, but give no documentation.  The death record gives July 23, 1852, but the information was given by her son-in-law who may not have had accurate information.  Her stone inscription reads 1851.  The stone was probably placed by her grandchildren (as indicated by the inscription) and they also may not have had accurate information.  All of the censuses give differing information.

*I choose to give her date of birth as July 23, 1852 because that is the only known [legal] documentation to date.  If credible information surfaces, I will change it accordingly. 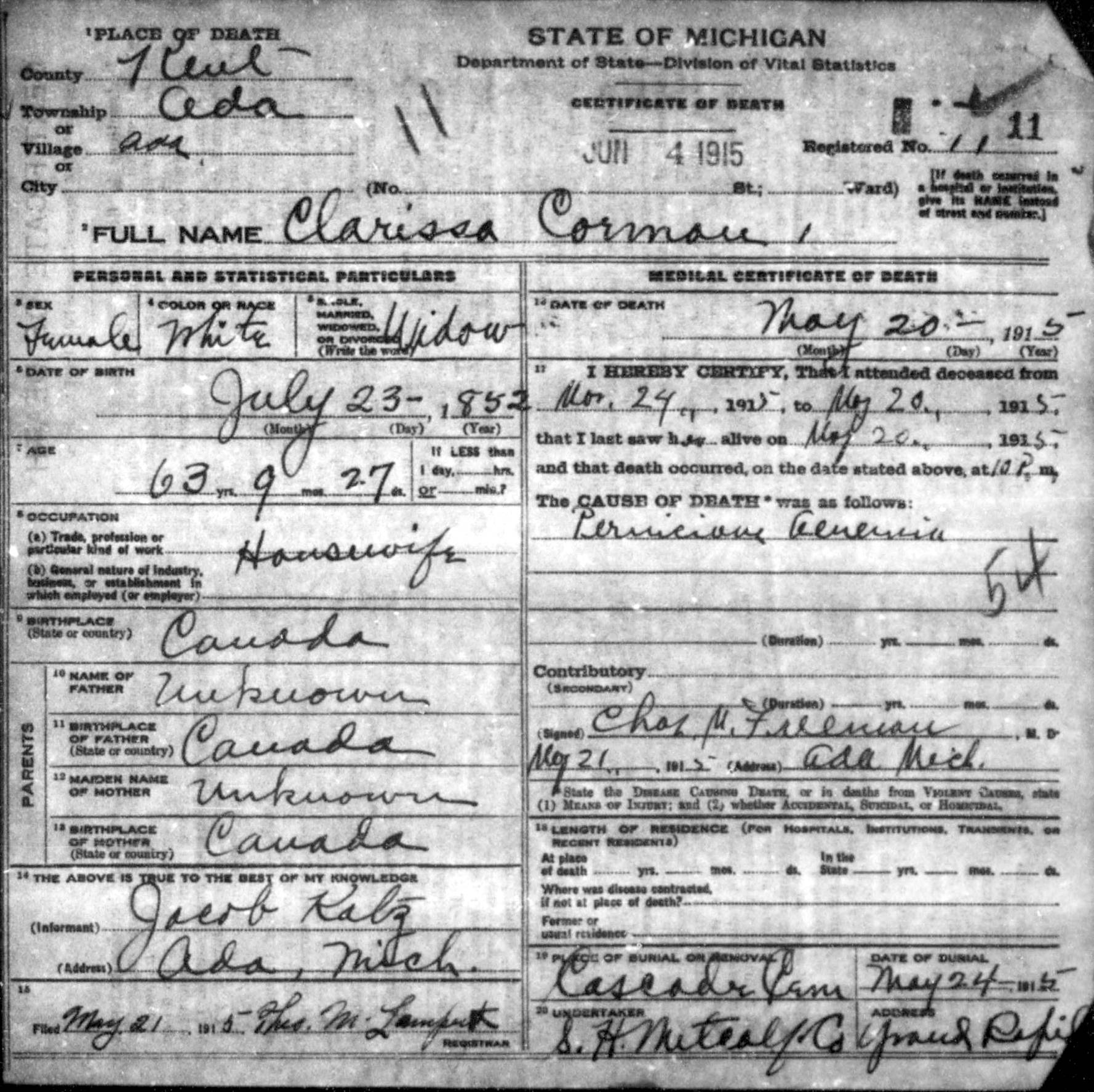