Thirza’s son Stephen’s Civil War enlistment gives her maiden name. Indexers have transcribed it as “Priver”, but I am not 100% certain of that transcription. 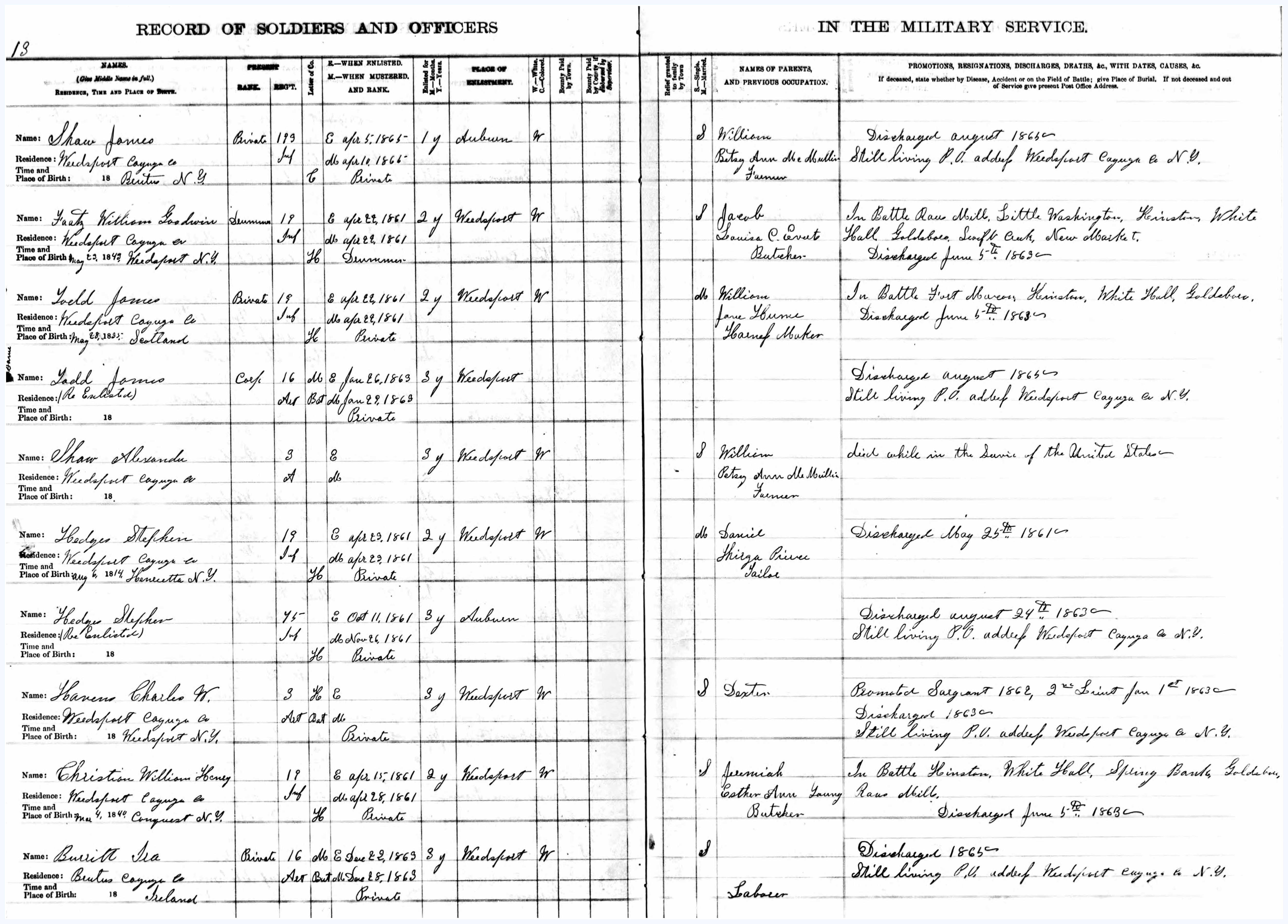 Thirza was 1st married to Daniel Hedges (sometimes known as Hodges), February 16, 1797 in Putney, Windham County, Vermont. They moved in the early 1800s from Stowe, Vermont to Henrietta, New York.

Daniel Hedges (son of David Hedges and Hannah Shaw) was born November 17, 1767 in Southold, Long Island, New York, baptized July 8, 1770 in Willington, Connecticut, and died September 13, 1818 in Henrietta, Monroe County, New York. A notice of his death was published in the Rochester Telegraph, Sept. 22, 1818.
“At Henrietta, Ontario Co. on the 13th inst., Mr. Daniel Hedges in his 50th year of his age, leaving an afflicted wife and 7 children to mourn his loss, but we trust their loss is his eternal gain.”
Thirza was pregnant at the time of her husband’s death and gave birth a month later.

The Children of Daniel and Thirza Hedges:

Thirza (as Thirzy) is listed as having the last name of “Hagerman” in a court document of 1820, as well as in her son, Daniel’s Will dated 1825. John Hagerman is made administrator of William M. Hedges’ Will, probated August 23, 1830. He is listed as William’s Father in Law. As William was unmarried, “Father in Law” could also refer to “Stepfather”. Thirza was alive in 1830 and received $75 dollars in William’s Will. Hagerman/Hagaman seem to be used interchangeably depending on who is writing the document. 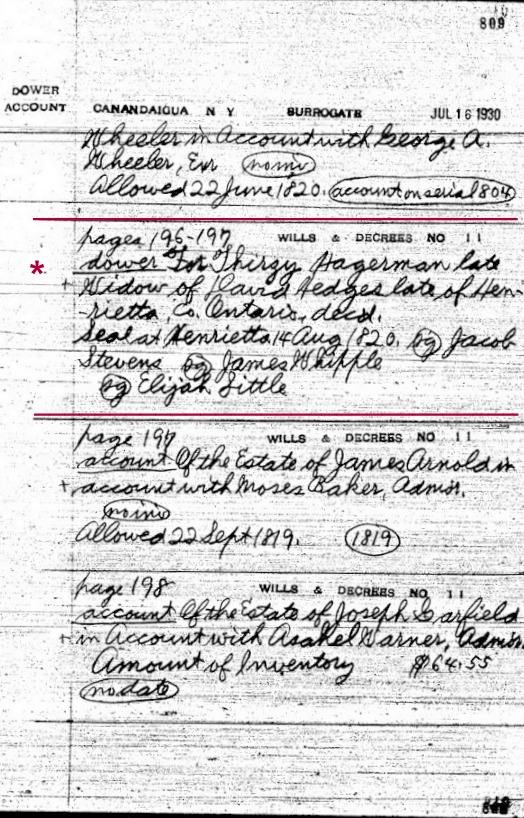 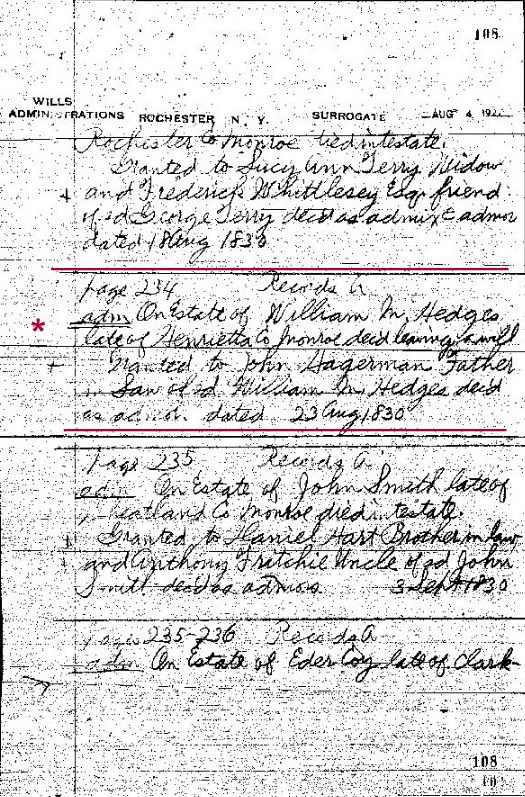 Thirza is not mentioned in John Hagaman’s will dated July 14, 1837, so it could be assumed (which I do not like doing) that she died prior. She is not buried with him in Mount Hope Cemetery, although John was not initially buried there. First burials were in 1838, one year after he died, so he must have been relocated from another burial ground. Records show he was reburied in 1905.
Most likely, Thirza is buried near her 1st husband.