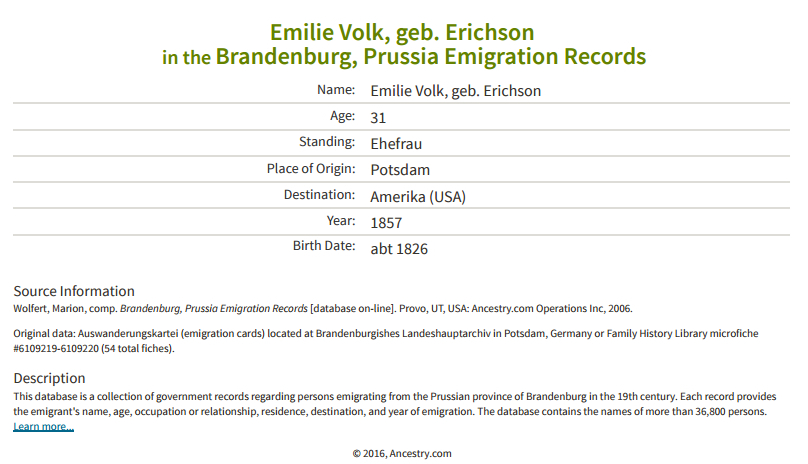 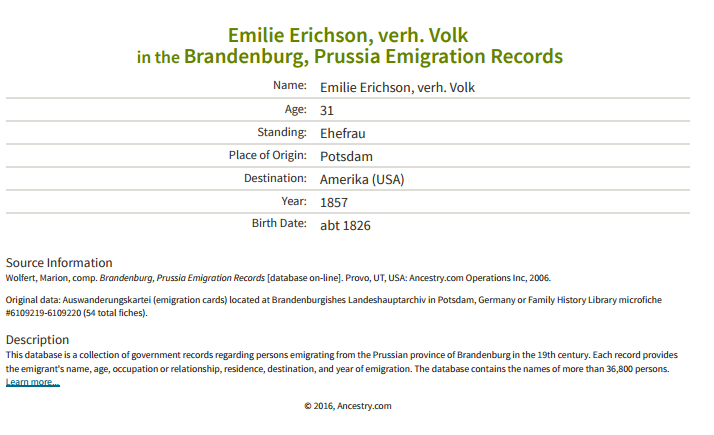 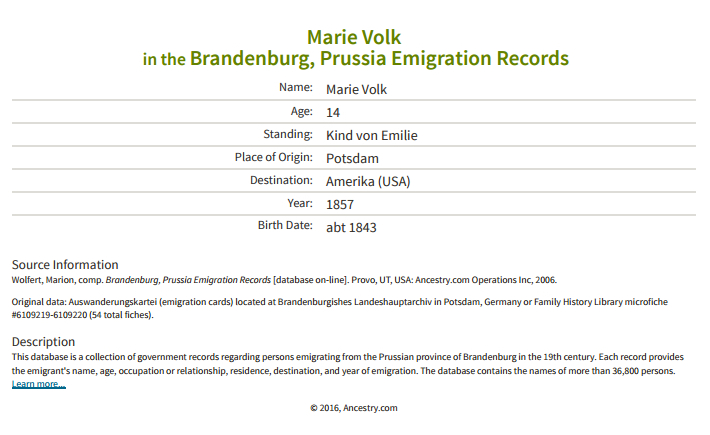 This record lists Marie as the child of Emilie.  Emilie and Hermann Volk were married in 1846, so this child was born prior to the marriage.  Is she really Emilie’s daughter or is she Hermann’s sister (Anna Maria) that another family genealogy eluded to?  Could Emilie and Hermann have taken her in to raise after the death of Hermann’s parents?  Or was Emilie trying to smuggle her sister-in-law out of the country claiming her to be one of her own children? 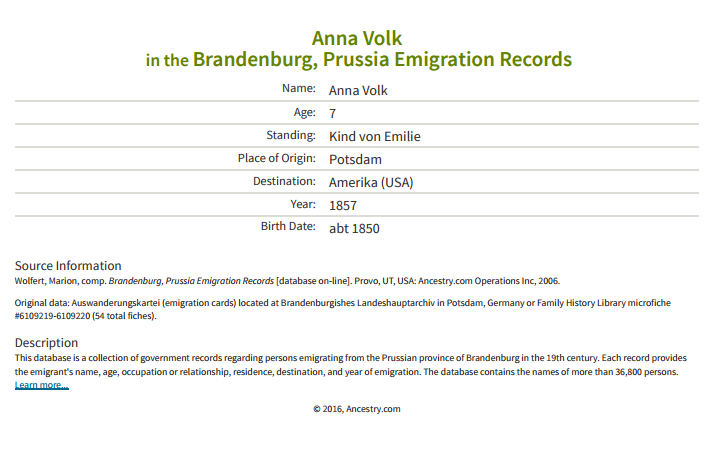 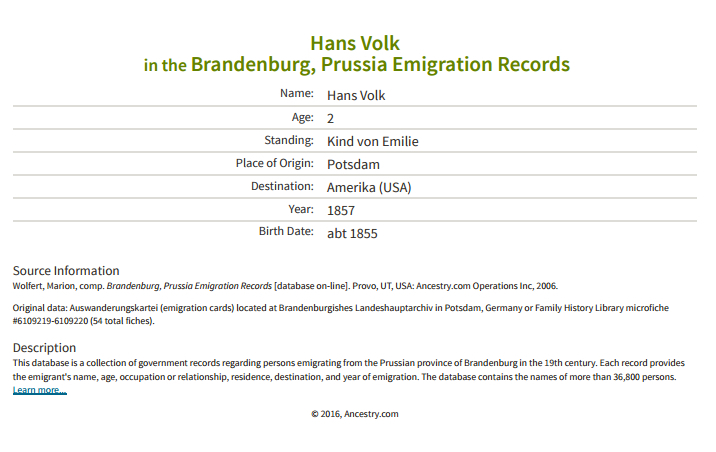 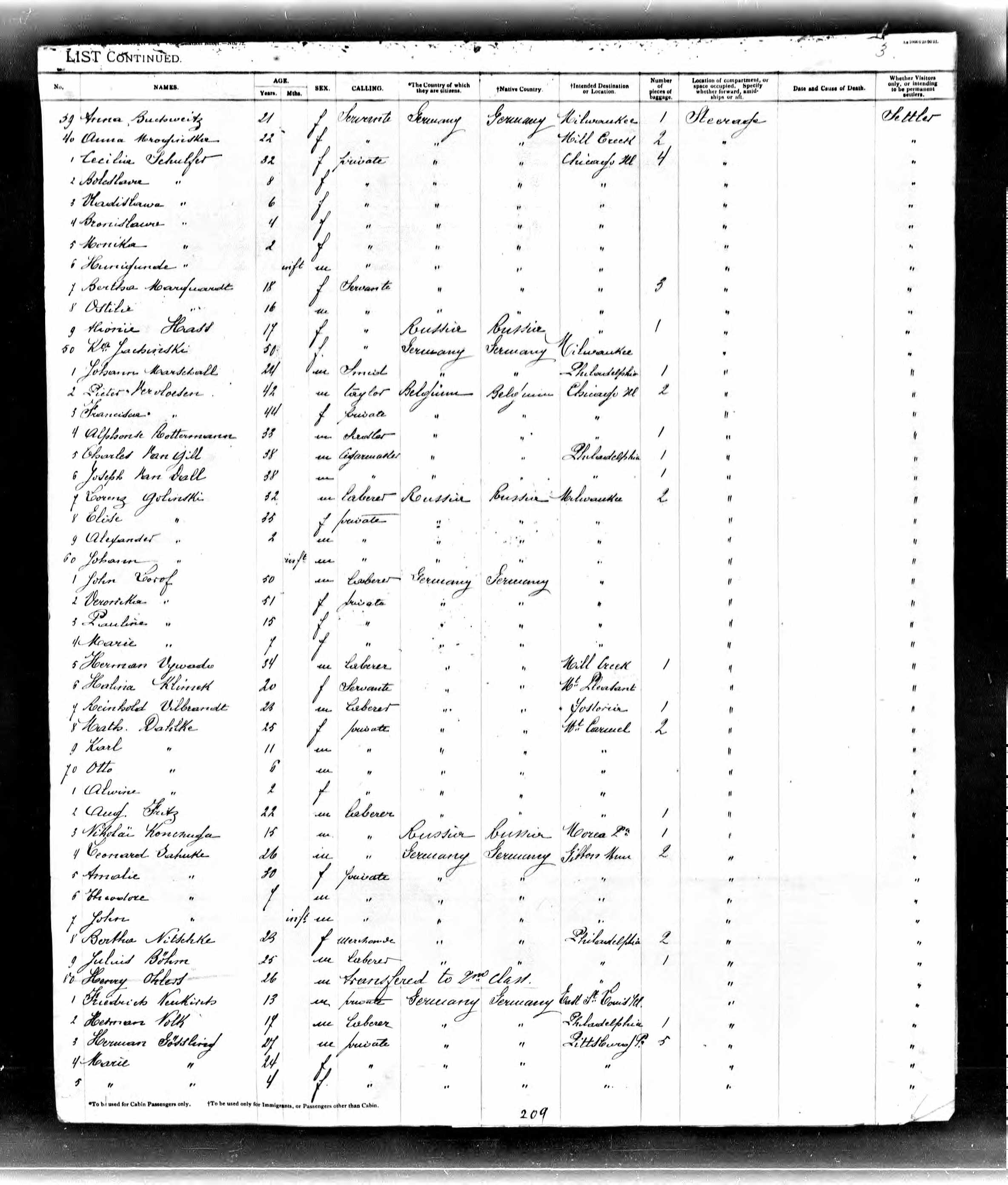 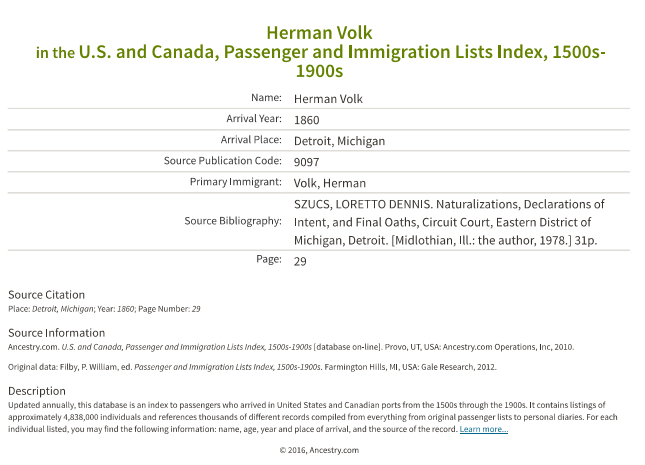