George Hopp was a well known Florist in Grand Rapids, Michigan. George, along with his partner, August Lemke, developed the Hybrid climbing tea rose called ‘La Detroit’. The flower, a cross between ‘Caroline Testout’ and ‘Bridesmaid’, is deep pink and light pink, pink center, cream reverse. It has a strong, tea fragrance. Large, double blooms (17-25 petals) form throughout the season. 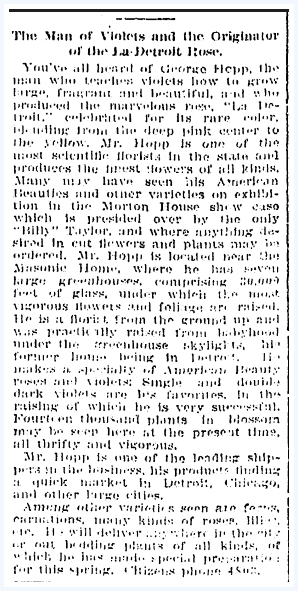 George also held a patent for a greenhouse roof. https://www.google.com/patents/US670077 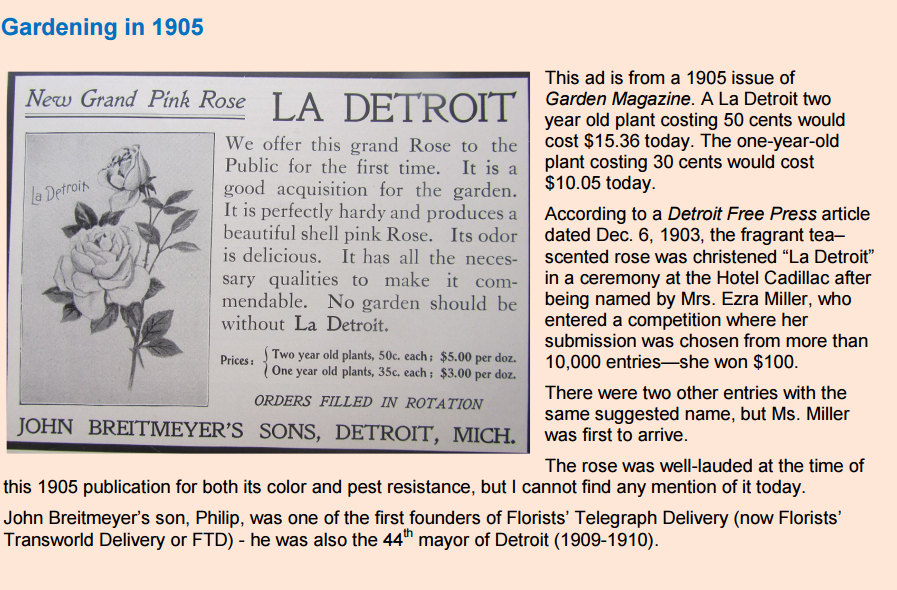 This is an excerpt written by Robert Dluzen from the August 2016 issue of the Garden Almanac, a publication of the Monroe, Michigan IHM Sisters about the La Detroit Rose. 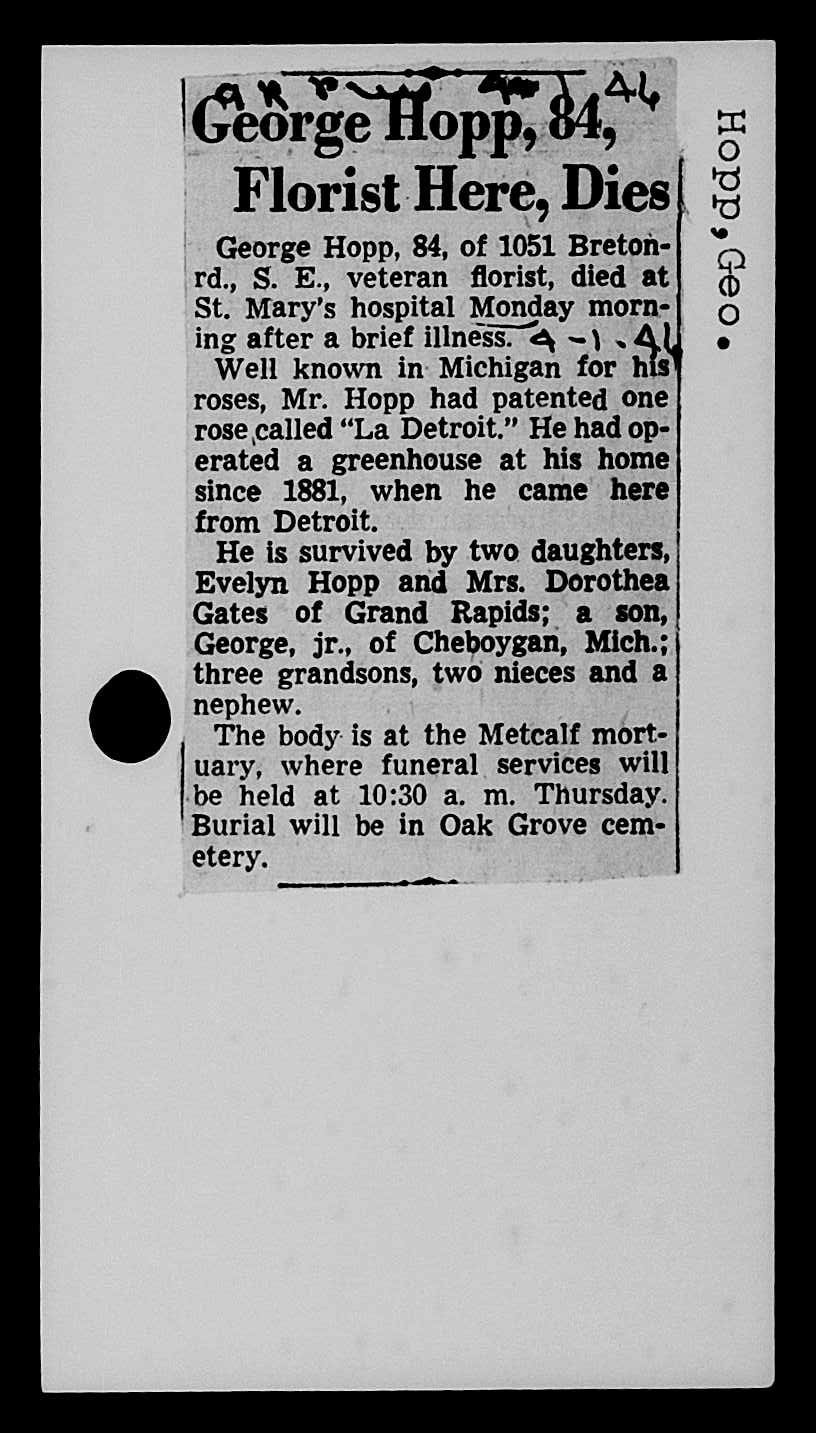 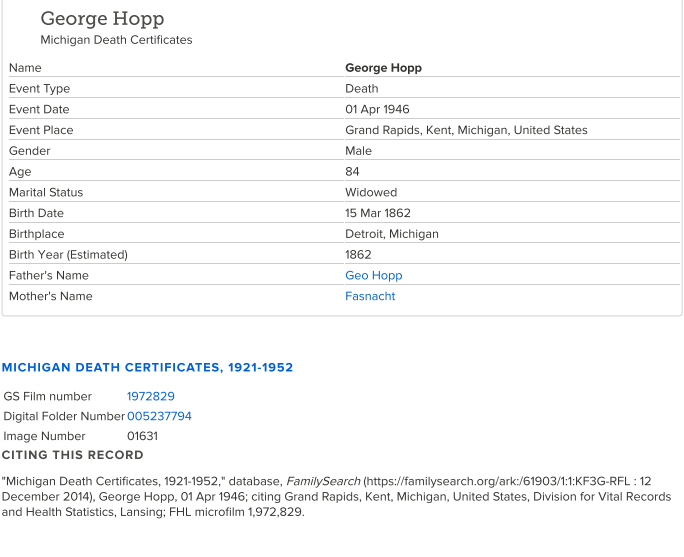 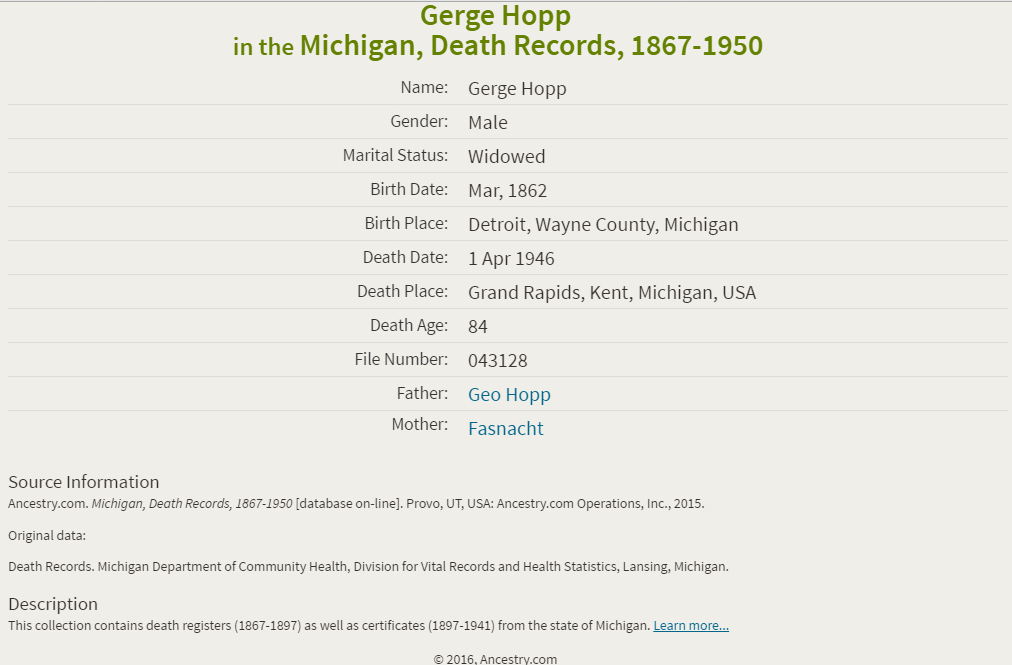 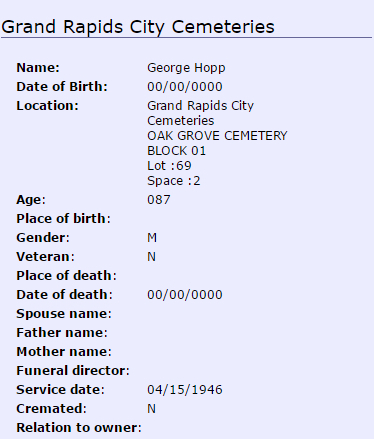 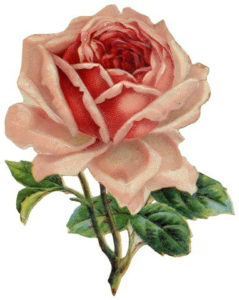